20 years since the attempted Mutiny at QEB

20 years since the attempted Mutiny at QEB 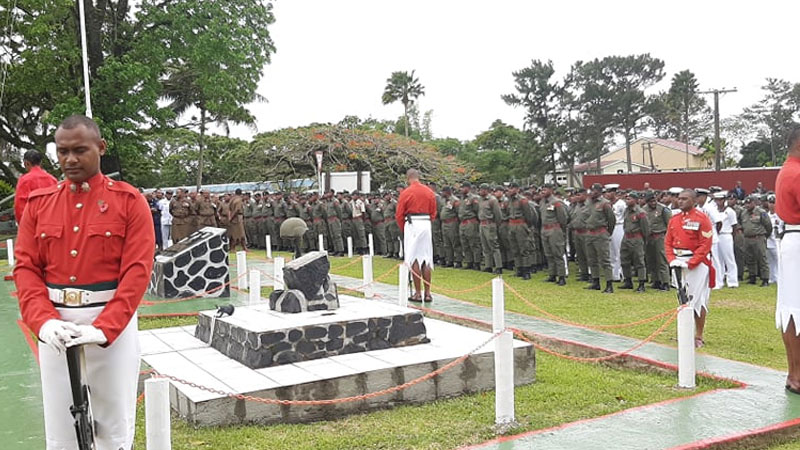 Commermoration of the Mutiny at the RFMF Barracks.

It has been 20 years since the attempted mutiny at the QEB.

The 2000 Mutiny Commemoration Church Service was held at the Queen Elizabeth Barracks. 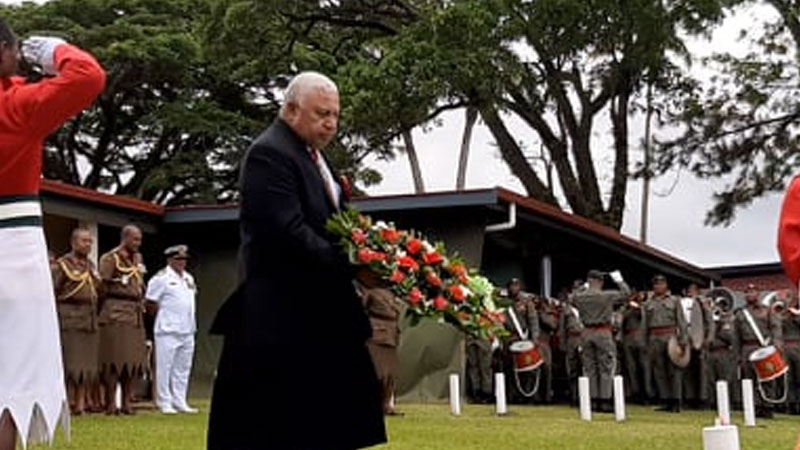 “Let them not die in vain”

This was the message by the Prime Minister and former Commander of the Republic of Fiji Military Forces Voreqe Bainimarama while speaking to the members of the RFMF, Police and Navy after the 2000 Mutiny Commemoration Church Service today at Queen Elizabeth Barracks.

Bainimarama said we should also remember the fallen Police officers and soldier during the 2000 coup.

Constable Filipo Seavula was shot dead by rebels in Nasova in May 2000 while Corporal Raj Kumar and soldier Joela Weleilakeba were killed by rebels in a gully on an isolated road near Adi Cakobau School leading to Navuso village in Sawani.

A wreath-laying ceremony was held today where the fallen soldiers and other soldiers were remembered for protecting the then Commander.

Families of the three loyalist soldiers also took part in the ceremony.

The Prime Minister says it is always a touching moment for him when it comes to the 2nd of November because of what was done and what had transpired.

Bainimarama says it was one of the saddest days because the soldiers killed each other. He says 2000 was a dark year and it should not be repeated.

Bainimarama adds that he was not talking to them as the Prime Minister or a politician, but as the former Commander of the RFMF and someone that knows what is happening.

He says their role is to uphold the 2013 constitution.

Meanwhile Reverend Captain Viliame Tuinidau shared a touching message where he thanked the Prime Minister, Voreqe Bainimarama for leading Fiji to where it is today.

Reverend Tuinidau says this day in 2000, only gun shots and cries were heard in the camp.

He says the wives and children of the soldiers were wondering back at home if their husbands and dads were going to return home.

Reverend Tuinidau says those soldiers who gave their lives will never be forgotten for their sacrifice to Fiji as a nation. 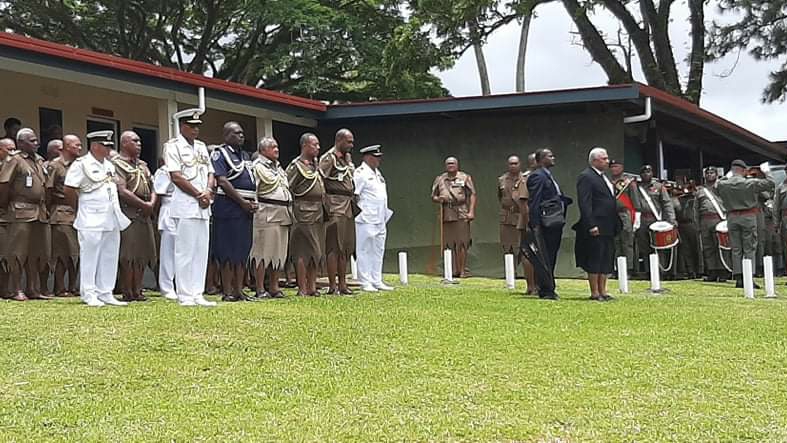 The 2000 Mutiny Commemoration Church Service was held at the Queen Elizabeth Barracks.

In a touching message, Reverend Captain Viliame Tuinidau thanked the Prime Minister, Voreqe Bainimarama for his leadership in leading Fiji to where it is today.

Reverend Tuinidau says this day in 2000, only gun shots and cries were heard in the camp but today they laugh and they are happy.

He says the wives and children of the soldiers were wondering back at home if their husbands and dads were going to return home.

Reverend Tuinidau says those soldiers who gave their lives will never be forgotten for their sacrifice to Fiji as a nation.

The church service will be followed by a wreath laying ceremony and traditional ceremony.

Prime Minister Voreqe Bainimarama and members of his family are part of the church service.

Monday will mark 20 years since the attempted mutiny at QEB

Bainimarama speaks on the 2000 events 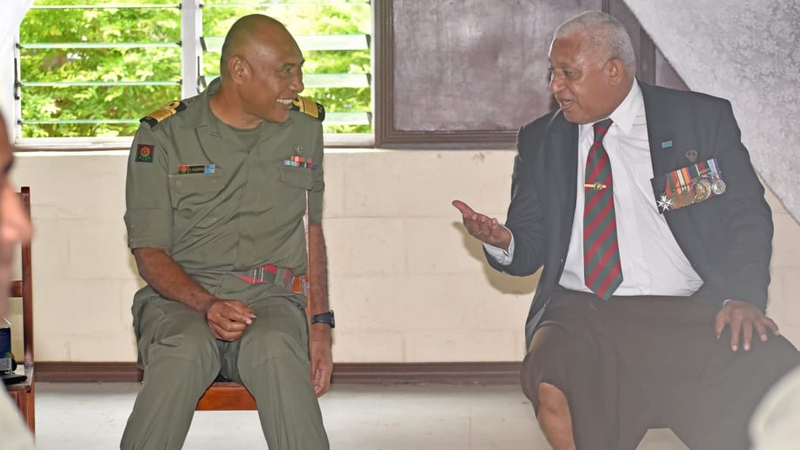 Monday will mark 20 years since the attempted mutiny at Queen Elizabeth Barracks in Nabua on November 2nd, 2000.

A memorial service and wreath-laying ceremony will be held for the fallen loyal soldiers at QEB on Monday morning with Prime Minister and former Army Commander Voreqe Bainimarama, families of the fallen soldiers and members of the disciplined forces.

A lot has happened since 2000 when we had the coup led by George Speight followed by the attempted mutiny in November.

In an earlier interview with Legend FM News, Bainimarama who was still the Army Commander said those involved in the 2000 attempted mutiny underestimated the unity in the RFMF and were just fixated on getting rid of him.

Bainimarama said it was clear that people were trying to grab power and to take over the Army Commander’s post.

Bainimarama also revealed to us in that interview that he had a grog session with the CRW soldiers (rebel soldiers) a week before the attempted mutiny.

He said that it was clear on that day that the rebel soldiers came ready to kill the loyal soldiers as they were shooting people at random.

Josua Vakurunabili was too strong for the England defence as he scored two tries to help the Fiji Airways Men’s national 7s team beat England 36-10 ... 51 minutes ago
LATEST NEWS