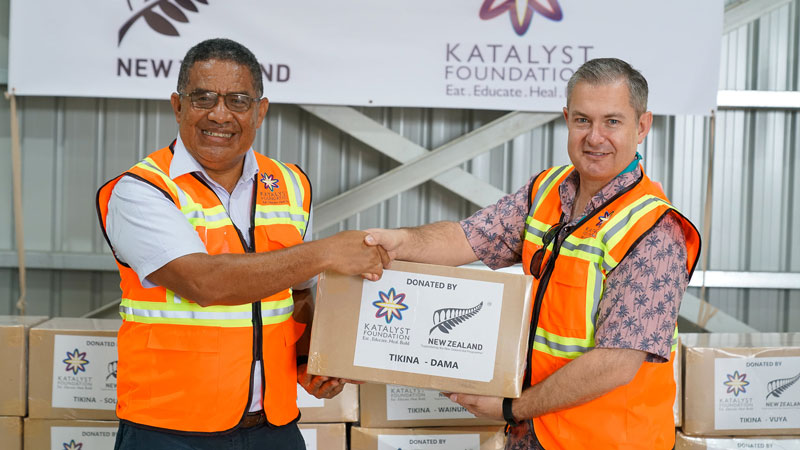 Hundreds of food ration packs are being prepared by Katalyst Foundation in partnership with the New Zealand High Commission for distribution to affected communities in Bua.

High Commissioner, Jonathan Curr visited the Katalyst warehouse in Kalabu and to thank the team involved in packing, loading and delivering essential items.

Curr says the Katalyst Foundation is no stranger to the people of Bua as they have been working alongside many communities in meeting their development needs and most recently in TC Yasa response work.

He says their partnership with Katalyst will further enable 600 food packs to be delivered to settlements in Bua.

It will benefit approximately 800 people.