Increase in shark population is to be expected- Koroilavesau

Increase in shark population is to be expected- Koroilavesau 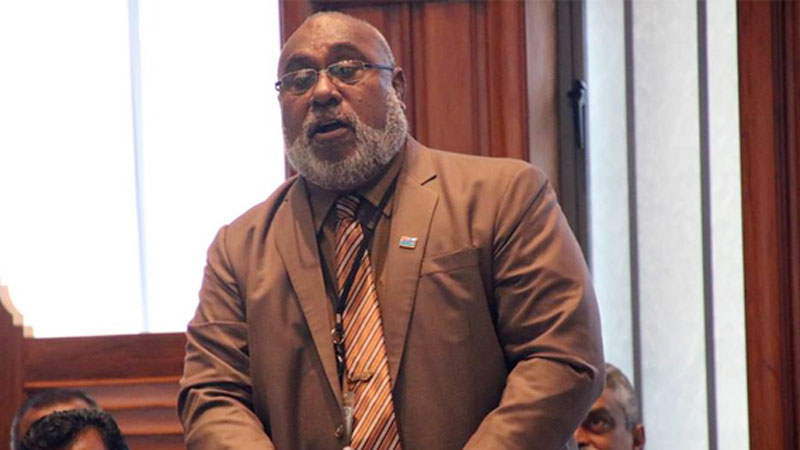 Minister for Fisheries Semi Koroilavesau has confirmed that the increase in the shark population is to be expected not just at picnic spots in Pacific Harbour but in other outer islands as well.

This comes after Police officers in Navua were alerted about a shark sighting on Sunday.

Police say people have been warned not to swim at those picnic spots for now.

Koroilavesau says since the protection of sharks from excessive finning within Fiji, the shark population has increased.

The Ministry has confirmed that a team will also step up awareness through their Regional Managers in their community outreach programs.

Meanwhile, shark dive operators in Pacific Harbour have confirmed that they are still running dives and are still feeding sharks, however the Beqa Adventure Divers have highlighted that the increased fishing activities attracts sharks to the coastal areas where they will congregate for a free meal.

Director of Conservation for Beqa Adventure Divers, Natasha Marosi says one of the biggest issues they are facing now is the increased fishing pressure due to the COVID-19 pandemic as many people have lost their employment and this has seen a marked increase in coastal fishing.

Permanent Secretary for Health, Doctor James Fong says we are at the escalating phase of COVID-19 cases in the Central Division and Nausori. While ... 16 hours ago
LATEST NEWS

A second consignment of personal protective equipment and medical supplies has arrived from New Zealand to support Fiji’s COVID-19 containment ... 15 hours ago

The new COVID-19 cases continue to rise according to the Ministry of Health’s official COVID-19 Dashboard as 180 cases have been added to the ... 17 hours ago
More News
TOP