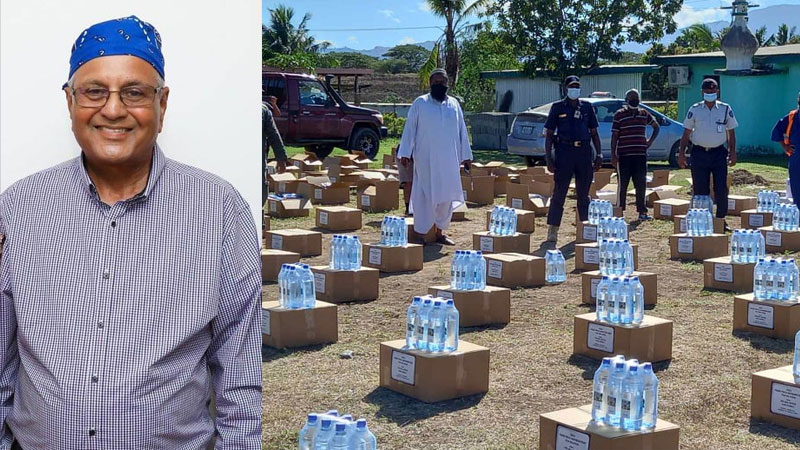 Former Nadi businessman Pyara Singh who is currently residing in Sydney, Australia has donated $10,000 to assist families who are struggling to put food on the table.

Singh donated the money to the Bilal Youth Group who distributed the food packs to 200 families in the Nadi area yesterday.

Singh says he has been closely following the situation in Fiji and understands that a number of families are in need of urgent assistance.

Bilal Youth Group Coordinator Mohammed Zain-Ul-Abidean says with the help of the Advisory Councilor, they identified these families who are unemployed and are receiving no other form of assistance.

He says they have noticed that people who are in home isolation or lockdown areas are being assisted by government but there are a number of families who have no source of income.

Zain-Ul-Abidean adds people in Nadi understand they will have to return to work as soon as possible which is why most of them are coming forward to get vaccinated so that businesses which are operating at 50% can operate at its full capacity soon.

He says majority of them are from the tourism sector who are eagerly waiting for the day when tourists return to our shores.

He adds it is also encouraging to see that a number of people in most areas have become more resilient with time by doing backyard gardening instead of just waiting for assistance.

Zain-Ul-Abidean says people are now getting fresh produce from their own farms and are planning for two or three days ahead rather than just for the next meal.

He adds some people can also be seen selling produce to earn a living.

The Bilal Youth Group has so far assisted close to 6,000 needy families with food packs in the Western Division.