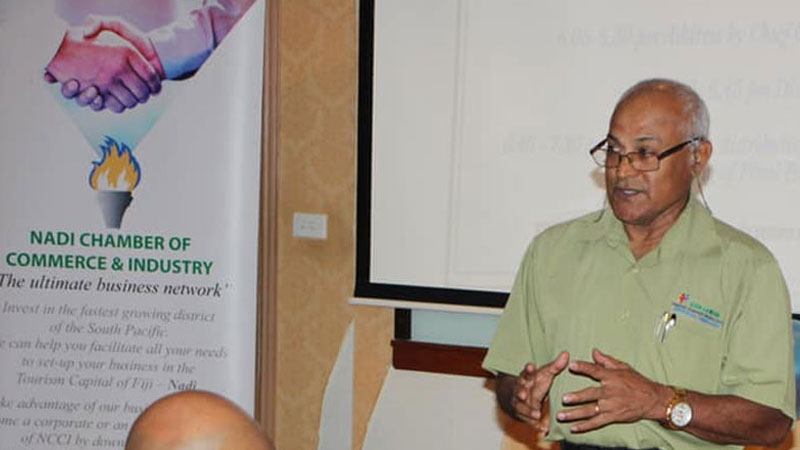 Nadi Chamber of Commerce President Doctor Ram Raju says firecrackers has no significance in celebrating Diwali and is a total waste of hard earned money.

Doctor Raju says to indulge in the use of firecrackers is sheer madness especially at this time.

He says hundreds and thousands of dollars are spent or blown away within minutes on this useless, noisy, deafening activity.

Dr Raju says it is also a health nuisance, pollutes the air and has caused countless injuries.

He adds it will be far more wiser to spend some money and time with friends and relatives who have very little left to enjoy as there would be people in the community who have been badly affected due to this pandemic.

Dr Raju says several business houses in Nadi town have already lit up their premises with bright lights which is an early reminder that Diwali is just round the corner.

He also says we are just about to win the long drawn out war against COVID-19 that crippled the nation and brought us down to our knees but adds we are not out of the woods yet.

Dr Raju says Nadi as the hub of tourism suffered the worst ever battering, and other recent natural disasters was nothing compared to this.

Josua Vakurunabili was too strong for the England defence as he scored two tries to help the Fiji Airways Men’s national 7s team beat England 36-10 ... 2 hours ago
LATEST NEWS

All 25 villages of Ovalau including Levuka Town have committed to managing their terrestrial, freshwater, coastal and marine ecosystems ... 12 hours ago

Each year, Fiji records more than 1,200 deaths due to tobacco use and exposure to second-hand smoke. That's according to Assistant Minister for ... 12 hours ago
More News
TOP