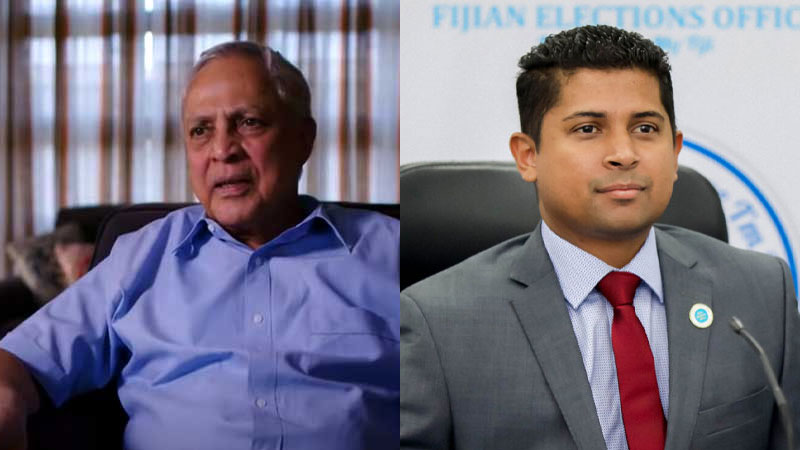 The Fiji Labour Party has removed it’s facebook post after the Fijian Elections Office issued a Notice under Section 144A(2) of the Electoral Act to the FLP directing the party to remove its post of Sunday 16th January 2022, titled : ‘BREAKING NEWS Supervisor of Elections forced to RESIGN’ with immediate effect.

When asked by fijivillage on whether it was the case of jumping the gun and assuming that Saneem was forced to resign, FLP Leader, Mahendra Chaudhry says they have followed the law but they will continue to pursue the complaints against Saneem filed with FICAC and the Office of the Auditor General.

In a statement earlier today, the FEO had said that if the FLP fails to do this, then the Supervisor of Elections, Mohammed Saneem may refer the party to court for prosecution for contravention of Section 144A(2) of the Electoral Act.

The FEO says members of the public are advised that the information contained in the same post and Fiji Labour Party’s facebook page is false and misleading.

Saneem says it is incredible the extent to which the Fiji Labour Party has gone to fabricate something and then make it publicly accessible with such high rate of publication despite fully knowing it to be false and lies.

Under Section 144 A of the Electoral Amendment Act 2021, a person or a political party must not publish any information in or outside Fiji and is accessible in Fiji, knowing or having reason to believe the information is a false statement which is likely to influence the outcome of an election or diminish public confidence in the performance of any duty or function of the Supervisor and the Electoral Commission.

Any person or political party that contravenes this section commits an offence and is liable on conviction to a fine not exceeding $50,000 or imprisonment for a term not exceeding 5 years or both.

Meanwhile fijivillage had asked Saneem on whether he had intended to resign somewhere between December and this month. He did not want to comment.

When asked by a journalist on whether he had submitted his resignation and it was not received by the Attorney General, Saneem says that is incorrect.

In the case of the Supervisor of Elections, the appointing authority is the President after advice of the Constitutional Offices Commission.

When asked on claims that information came out of the Fijian Elections Office that he had resigned and whether this is a concern or is it something that Saneem is investigating, he says this is also an issue regarding journalism ethics.

Saneem said no comments when asked by fijivillage on the claims being made and whether he was part of a meeting last Friday where he had allegedly mentioned he would not continue in the position.

Acting Prime Minister and Minister for Elections, Aiyaz Sayed-Khaiyum had already said on Saturday night that the Supervisor of Elections has not resigned.

Sayed-Khaiyum made the comments when asked by fijivillage if Saneem has resigned from his position.