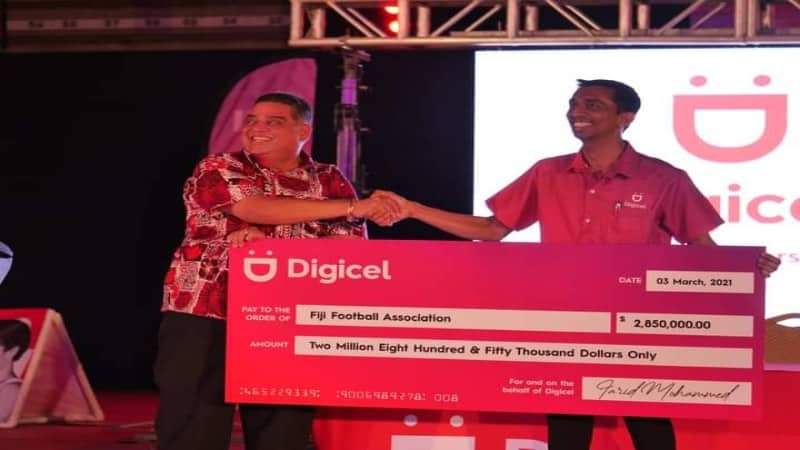 Digicel Fiji CEO, Farid Mohammed says they will invest close to $4 million over three years in the development of football in Fiji and this includes cash and kind sponsorship.

The cash and kind components of the total deal has not been revealed.

Mohammed says their multi million dollar commitment will impact all levels of soccer and transform the future of football in Fiji.

He says football is followed religiously in the country and it has the power to transform young people's lives, boost their confidence, and provide more opportunities to grow.

Mohammed adds they are all in for providing a platform for the younger generation to excel in the sport.

He further says this sponsorship along with the support for other sports in the country is a strong signal of their support for national development through sports.

Fiji FA President, Rajesh Patel says this sponsorship will enable the continuous growth of football at all levels enhancing young Fijians to showcase their natural skills and talent.

Patel says this is the biggest sponsorship that they have received and there are a lot of bigger and better plans for football in Fiji which will benefit both players and fans.

Digicel Fiji will also be the title sponsors of all national teams and the national league competitions.

The deal also includes naming rights of the new Fiji FA Women’s Super League which marks the biggest ever investment in Fiji Women’s Football by a brand.