DPP says he rejects unsubstantiated and defamatory allegations made by COMPOL

DPP says he rejects unsubstantiated and defamatory allegations made by COMPOL 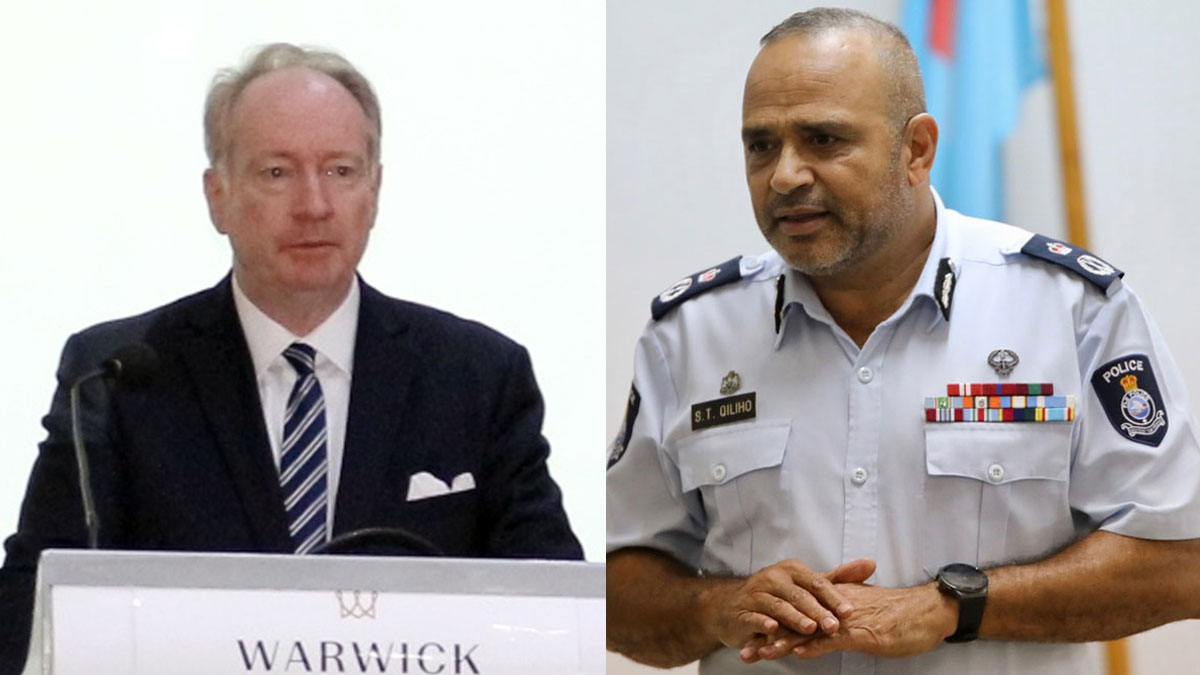 Director of Public Prosecutions, Christopher Pryde has categorically rejected, what he calls, the unsubstantiated and defamatory allegations made by the Police Commissioner Brigadier General Sitiveni Qiliho that the decision not to charge National Federation Party Leader, Professor Biman Prasad was made other than on the sufficiency of evidence.

This comes after Qiliho raised concerns in a press conference yesterday about the DPP’s decision.

Pryde says the Office of the DPP are the legal advisors to the police and it is not good enough for the Police Commissioner to conduct what can only by regarded as a self-serving trial-by-media where he cuts and pastes parts of the police file for the benefit of the media.

Pryde asks what does Qiliho hope to gain from this extraordinary display of petulance.

He says this is not a personal matter for him and is a matter of professionalism.

He says the public can however be assured that the ODPP will not file cases in court just for the sake of it or to please someone or to send a message and adds they will only ever file charges in court that meet their stringent evidential threshold test and on that the public can be assured.

He says at his press conference, the Police Commissioner suggested that the ordinary Rajesh or Pauliasi would not be given the opportunity by the DPP to make representations to the ODPP but this is factually incorrect.

The DPP says even when suspects or accused persons are not legally represented, they will respond to their representations by immediately calling for the police file to review the charges.

He says the Police Commissioner will be able to confirm the number of times in a week those requests are made.

Pryde says in Prasad’s case, the Director Summary Prosecutions for the Fiji Police brought the file to the ODPP for an opinion and he was advised to submit the docket formally to the ODPP so that a due and proper assessment could be conducted.

He says the file was then allocated to a legal officer in the usual way to write a legal opinion.

The DPP says around the same time, his office received a letter of representation from AK Lawyers, Professor Prasad’s law firm where the letter was forwarded to the legal officer to consider along with the evidence from the police file.

He says the legal opinion was then vetted by the manager and the recommendations not to charge were forwarded to me for decision.

Pryde says he read the legal opinion, the recommendations from the manager, and the representations in the defence lawyer’s letter and the legal officer and the manager had considered all of the evidence including the credibility of the complainant and how her evidence would come out under cross-examination.

He says he agreed with the two legal officers that the evidence the police had obtained did not meet the evidentiary threshold and therefore would not be likely to result in a conviction.

Pryde says contrary to what the Police Commissioner stated, the ODPP did not seek representations from Professor Prasad’s lawyers and the representations were sent to him by letter as is the standard practice amongst criminal defence lawyers.

He further says also mistakenly, Police Commissioner seems to think it appropriate for him to consult the complainant but this is not the way the system works.

Pryde says therefore, considering the evidence and any available defences, the decision was made to direct the police not to file charges and this was communicated to the Director Summary Prosecutions, as well as formally in writing to the police.

The DPP says later in the day, he was surprised to receive a call from the Police Commissioner in a very agitated state where he told him that he had to charge and could not understand why he would not and accused him of making a decision to favour NGOs or some other miscellaneous human rights groups.

Pryde says he spent considerable time attempting to explain his reasoning to him and why the charges would not succeed.

He says they cannot ethically file charges in court that are unlikely to succeed due to the lack of evidence on one or more of the essential elements of the offence.

He says it is not their role to throw anything at the court for the court to decide and it is incumbent upon the ODPP to analyse the evidence carefully so that the courts are not burdened by cases that do not meet the evidential threshold for a reasonable prospect of conviction.

Pryde says this is the standard test in every comparable jurisdiction and there was nothing irregular in the way in which this matter was handled.

He says the police acted appropriately by investigating the complaint and obtaining statements where they cautioned the suspect and made a decision to grant him bail to appear in court pending finalisation of the charges.

The DPP says the ODPP, likewise, handled the matter in the usual way respecting the appropriate protocols and at no time was the evidence assessed with regard to politics or the status of the suspect.

He says it is quite extraordinary that the Police Commissioner should make such allegations unsupported by any evidence.

Questions have been sent to the Fiji Police Force. They are yet to respond.