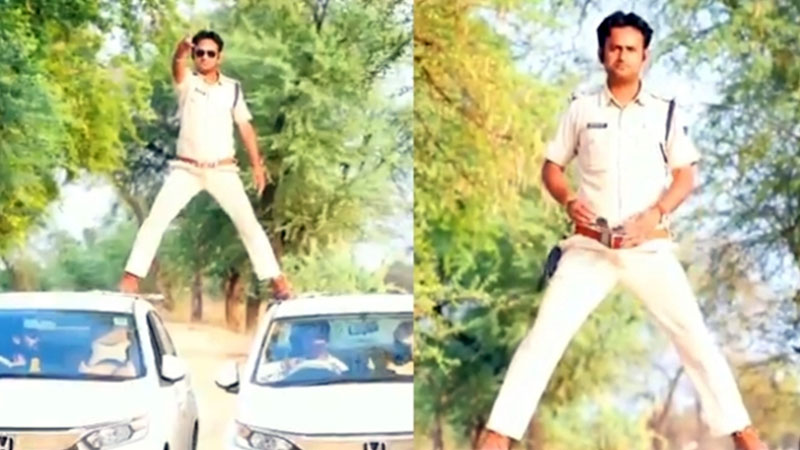 Manoj Yadav, the officer in charge of Narsinghgarh police post in Damoh district, was fined Rs 5,000 and warned against any such daredevilry in the future.

Sporting shades as the hero of the cop drama flick and wearing his police uniform, Yadav got the entire episode video-graphed.

When the video of the stunt went viral on social media, senior police officials took a serious note of it as it will send wrong signals to the youngsters.

After investigation, the SP imposed the fine on the sub-inspector and warned him not to repeat such mistakes.

The government has today signed a Memorandum of Understanding with Fiji Institute of Accountants, Fiji Commerce and Employers Federation, Fiji Revenue... 3 hours ago
LATEST NEWS

$20,000 has been donated by Macao-based Chinese company David Group and its charity arm, Soi Ian Charity Association to the COVID-19 Relief ... 6 minutes ago

A live tsunami siren test will be conducted in the Central Division from 10am to 11am tomorrow by the National Disaster Management Office in ... 18 minutes ago

Rakiraki businessman George Shiu Raj says they are intending to build a supermarket in Rakiraki Town at the site where his buildings were destroyed ... 20 minutes ago