I do not dispute that FTUC launched the party - Datt

I do not dispute that FTUC launched the party - Datt 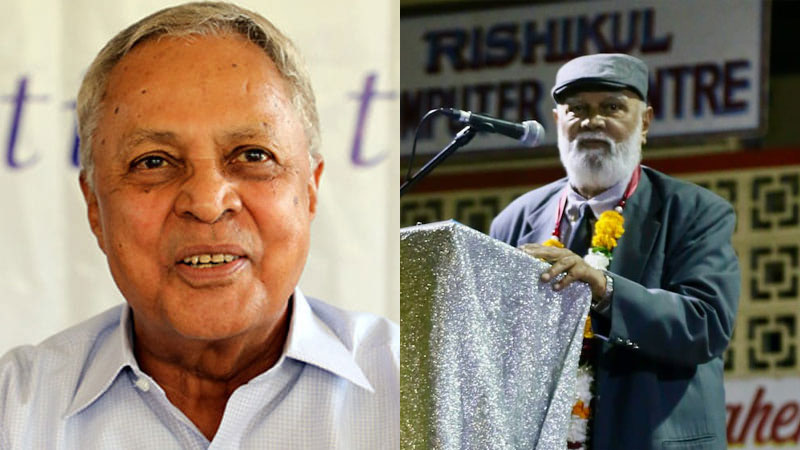 Fiji Labour Party Leader Mahendra Chaudhry says the claim by former Minister Krishna Datt that the Fiji Teachers Union formed and launched the Fiji Labour Party in 1985 is misinformation and a gross distortion of historical facts.

In a statement today, Chaudhry says to put the record straight, the FLP was formed by the Fiji Trades Union Congress in response to a resolution passed at its 31st Biennial Delegates Conference in Suva in May 1985.

He says it was directly prompted by the unilateral imposition of a wage freeze, effective 1 January 1985 by the Alliance government of Ratu Sir Kamisese Mara in flagrant disregard of the spirit of the Tripartite Forum.

Chaudhry adds as a result, the FLP was launched by the FTUC on 6 July 1985.

The FLP Leader says the wage freeze was imposed against a backdrop of deteriorating relations between the government and trade unions in the years immediately preceding it.

He adds among these was an ongoing rather rancorous teachers’ dispute with the Ministry of Education.

Chaudhry adds the FTUC and its affiliate unions fully supported the teachers in their stand-off against the Education Ministry which had culminated in a two-week strike by the teachers in February 1985.

He says if credit must go to any one person, it should be to the late Dr Timoci Bavadra who as President of the Fiji Public Service Association was at the forefront of the advocacy for a Labour Party for several years prior to its formation.

Chaudhry says this was duly recognized when he was appointed Labour’s first President at its launch in July 1985 and later went on to become FLP’s first Prime Minister in April 1987.

In response to the statement by Chaudhry, Datt says he does not dispute the FTUC launched the party and that Doctor Bavadra was its President.

He adds Doctor Bavadra retired from the Civil Service but he had to leave his job to become the Secretary-General.

Datt who is the former FLP General Secretary says the major union in the news at the time was the FTU whose members had gone on the longest strike ever.

He adds that had it not been for the persistent support of individual teachers who had championed the unions' issues, the Fiji Labour Party would have never seen the success it did.

Datt further says you need support and people to carry forward an idea.

He adds that FTU members provided that initial support.

Datt says in any case as the General Secretary, he should know where the support came from.

He says James Raman who was the FTUC General Secretary at the time is in the best position to talk about the role the FTU played.

Datt stresses that others who are talking about the party now were nowhere to be seen at the time of the launch.

Former NRL and Wallabies star Lote Tuqiri will now help workers under the Pacific Australia Labour Mobility scheme to make a smooth transition in ... 47 minutes ago