COVID-19: Lockdown for the greater Lautoka area will remain until 5am Tuesday April 7th

COVID-19: Lockdown for the greater Lautoka area will remain until 5am Tuesday April 7th 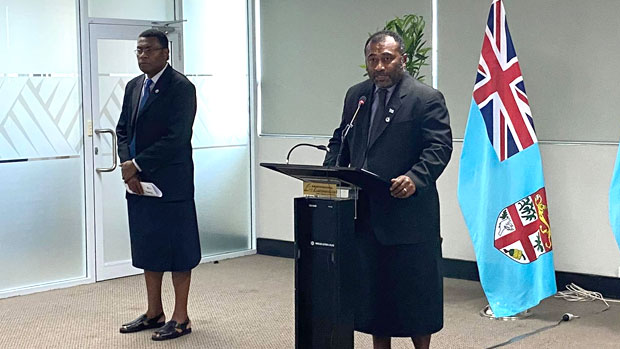 The total number of confirmed COVID-19 cases in Fiji remains at 5 and there have been no new cases for 7 days now.

Health Minister, Doctor Ifereimi Waqainabete says a total of 368 tests have been conducted so far at the Fiji Centres for Disease Control in Tamavua.

Doctor Waqainabete also confirms that the greater Lautoka area will remain on lockdown until 5am Tuesday April 7th as the last confirmed case from Lautoka was identified on March 23rd. That was the 31-year-old woman who had gone to a Zumba session with the first confirmed patient.

He says they have identified all the close contacts of the woman and they are in self-isolation.

However, there is still a risk she could have infected others.

Doctor Waqainabete says if they lift the restrictions too early and they have missed someone in Lautoka who has contracted the virus, then the rest of Viti Levu could be at risk.

He also says that there were gaps in the information provided by the first patient who had COVID-19 in Fiji.

This means that there is still a risk that someone may have COVID-19 in the Lautoka area.

He adds that they also consulted the experts when making this decision.

The 24-year old man from Votualevu, Nadi who allegedly set fire to the Bible Truth Fellowship Church building in Namaka on Sunday night has been ... 57 minutes ago