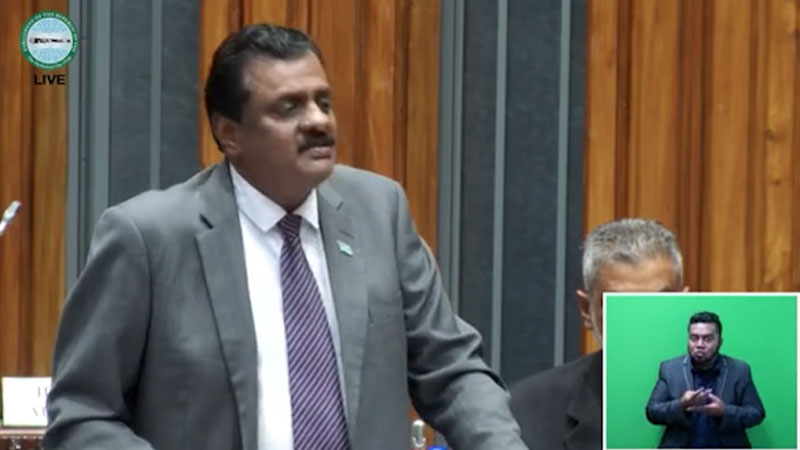 Minister for Employment Parveen Bala is calling on the Fiji Trades Union Congress on who’s interest they are representing because members of the Union did not take part in any of the 11 consultations on the National Minimum Wage rate or even send in any written submissions.

While supporting the Revised National Budget, Bala says its unthinkable that these union workers choose not to represent the workers who pay their wages and bills.

He says he is disappointed with the FTUC and political parties for failing to attend the minimum wage consultation or even submitting a written submission.

The Minister says the workers of Fiji need to take these unions to task for non-representation of their interest in this important forum.

He claims that 23 out of the 27 members of the Employment Relations Advisory Board attended the meeting but there was no show from the 4 members of FTUC.

Bala says the unions and their officials choose not to be part of the meeting for political reasons rather than representing the Fijian workers.

Fiji Trades Union Congress National Secretary, Felix Anthony says the government is putting the cart before the horse as the Minister for Employment, Parveen Bala and his consultants have already told the people what they considered should be the minimum wage, and are then having public consultations before having the Employment Relations Advisory Board meetings.

Anthony says just a day after the FTUC reminded the Government of the law it ought to have followed, FTUC received an invitation to attend the Employment Relations Advisory Board meeting dated 9th March and received on 10th March, which was scheduled for the 16th of March, just about a week before the Mini Budget where Government hoped to announce the new minimum wage.

The FTUC National Secretary says they have no illusion that the Employment Relations Advisory Board meeting was simply called for the social partners to rubberstamp the Government’s decision and to fulfill its obligation under the law.