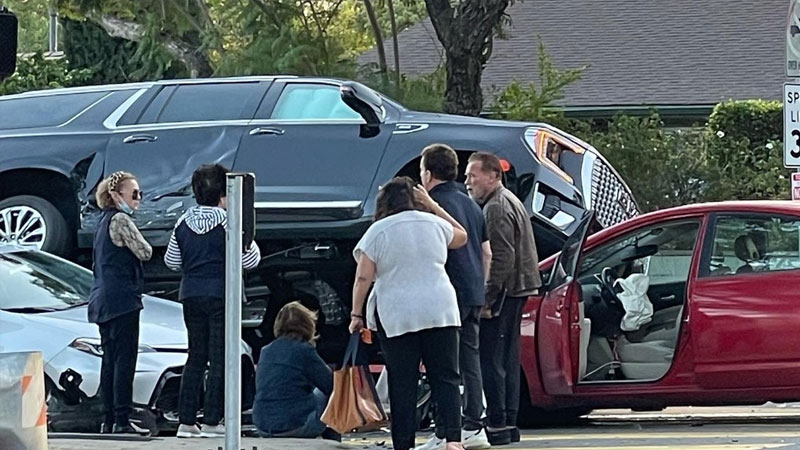 Actor Arnold Schwarzenegger has been involved in a car accident in Los Angeles.

LA Police say a woman was hurt in the four-vehicle crash, which occurred yesterday.

Photos from the scene show a large SUV on top of three other vehicles at an intersection near his home in the upscale neighbourhood of Brentwood.

Police said that no arrest has been made and ruled out the involvement of drugs and alcohol.

The former California governor's spokesman confirmed to the Los Angeles Times that he was driving the SUV when the incident occurred, but was not hurt.

A man in his 30s from Tau Village, Nadroga has passed away following an accident after 9 last night. Police say the victim was driving the vehicle ... 34 minutes ago
LATEST NEWS