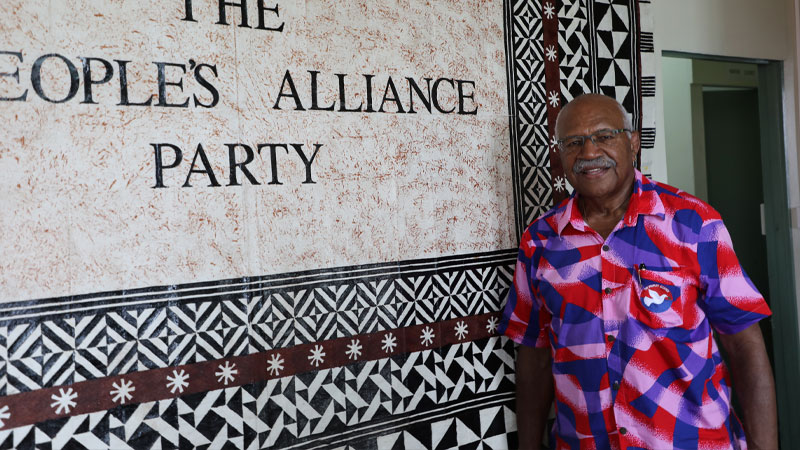 The Leader of the People’s Alliance Party Sitiveni Rabuka says the lack of facilities at the CWM Hospital to properly deal with heart issues is just shocking and we are already near the top for cases of diabetes and the heart ailment situation is another indictment of the state of our national health.

Rabuka has issued a statement saying a People’s Alliance Government would ask Doctor Vijay Kapadia to help with the setting up at the CWM Hospital a permanent, well-equipped cardiac service facility, staffed by top local professionals.

This comes after Doctor Kapadia, who is a Fiji-born General and Intervention Cardiologist based at the Gold Coast University Hospital in Australia, managed to secure an angiogram and cath lab equipment for the third time for CWM Hospital.

When questioned on who will fund and service the cardiac care facility and what are their plans, Rabuka says this will be revealed when they come out with their manifesto but they maintain that the health of the nation is the responsibility of the government.

He also says Fiji needs a National Health Scheme for the benefit of those who cannot afford the services.

Rabuka has praised Doctor Kapadia for his dedicated efforts to help Fiji curb its rate of heart disease. Rabuka says when the Prime Minister had a routine heart check overseas that disclosed a life-threatening condition, he immediately received corrective surgery which was probably done at the government’s cost.

He adds it is wrong that other citizens do not have access to the same standard of public health facilities.

The People’s Alliance Leader says on three occasions since 2009, Doctor Kapadia has been instrumental in securing equipment for the CWM Hospital to conduct examinations, tests and procedures for diagnosing and treating cardiovascular diseases and he is backed by a team of helpers and the Suva Rotary Club.

Rabuka says according to fijivillage, the existing equipment at CWM Hospital, is not working.

He says the government always attempts to portray Fiji’s health services in a positive light but the people know the truth.

Rabuka adds they face it every day when they have to visit national health facilities that simply cannot properly meet their needs.

He says their party wants to bring this to an end and they will write into their manifesto that they want Fiji to have health services worthy of the country and people.

Rabuka says that he agrees with Doctor Kapadia that this is something that could serve not only Fiji but our regional neighbours as well.

He says it is sad that our citizens have to wait while caring former residents like Doctor Kapadia, assisted by Rotary, take the lead to try to salvage the situation where they are doing what the government should be doing. He adds there is no excuse for this sort of negligence on the part of those in power.

We sent questions to the Acting Prime Minister Aiyaz Sayed-Khaiyum and the Minister for Health Doctor Ifereimi Waqainabete.