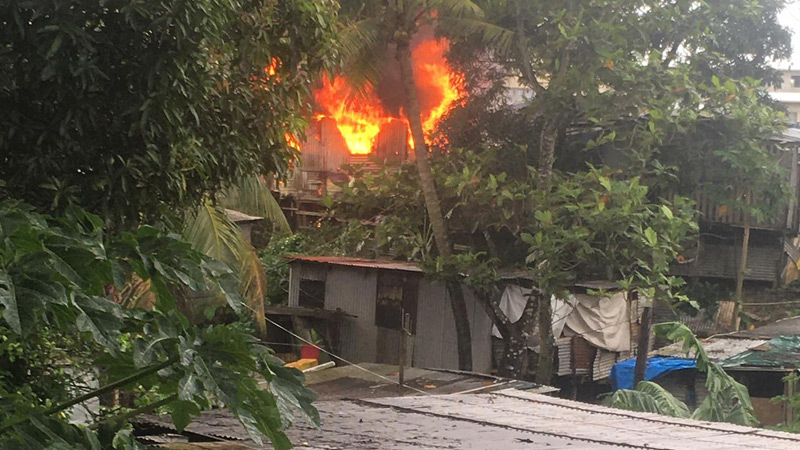 New data released indicates that 79% of the properties that were destroyed in fires in the last five years were not insured.

The National Fire Authority says it is concerned with the increasing cost of attending to fires in uninsured properties.

Chief Executive Officer Puamau Sowane says in attending to these uninsured property fires in the past five years, the NFA has incurred an alarming $1,061,993.65 worth of costs.

He says legally they are empowered to bill uninsured properties.

Section 32E of the National Fire Service Amendment Act states that the owner of any property situated in Fiji which is damaged or destroyed by fire, shall, if that property is not insured, be liable to pay to the Authority the reasonable costs and expenses incurred by the Authority in providing firefighting services for him or her in relation to that property.

Sowane says the NFA has not been using this clause to bill businesses and homeowners because they sympathize with people who are affected by the fire.

He has now suggested that implementing this clause of billing uninsured properties might be able to jolt them to wake them up to reality and not be complacent about fire safety.

Sowane has not confirmed if they will start billing owners of uninsured properties.

He stresses that it is not cheap to deploy their resources to fight unnecessary fires caused by apparent individual negligence which could have been easily avoided.

Sowane says it is also very disappointing to see some big commercial entities that do not invest in insuring their properties and pose immediate threats to businesses within their proximity.

He is also concerned about some insurance companies and brokers who are avoiding the Fire Service Levy.

Under the National Fire Service Act and Insurance Policy Levy Order 1995, the Fire Service Levy shall apply on all policies covering Commercial and Domestic property for the peril of fire.

Sowane says they will ensure that those who are not abiding by the law and the evading Fire Service Levy are taken to task.

He says this is the only way it will be fair to other people who pay the Fire Service Levy.

Two senior students of a prominent school are in custody following their alleged involvement in an assault case yesterday. Police say the two stude... 32 minutes ago
LATEST NEWS

Assistant DPP Elizabeth Rice has alleged in the Suva High Court that Congo National Kiala Lusaka sent the photo of his deceased wife via Facebook to ... 47 minutes ago