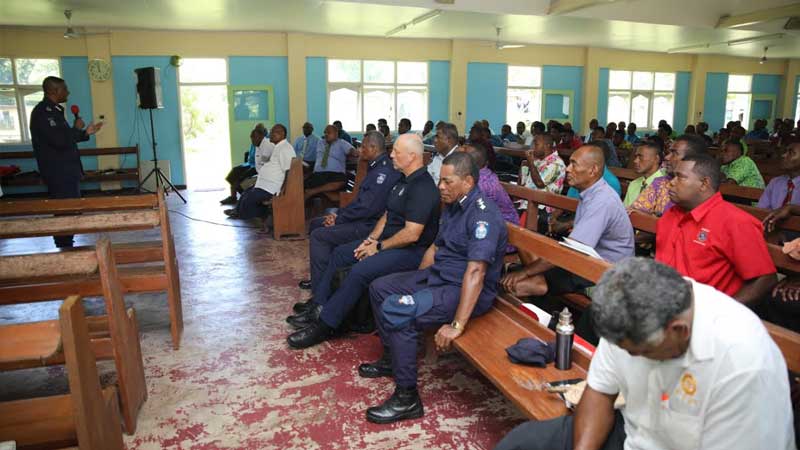 52 people have been arrested for various crime offences in Kadavu during police operations since June last year.

This was confirmed by the Kadavu Police Station Officer, Inspector Josua Daveta during a week-long specialised training and awareness program conducted by the Methodist Church at Namalata Village.

Daveta says they have noted serious crimes such as domestic violence and sexual offences have decreased and believe the decrease is due to the high number of joint drug raids conducted by officers from Suva and Kadavu.

He says 48 people were arrested during the operational period from June to December 2020 and four people have been arrested this year.

Daveta says their focus is to reduce cultivation of illicit drugs and create awareness on its harmful impacts.

He says from their outreach programs particularly in schools, they have seen how children who are in Primary Schools have either seen the drug or witnessed it in the possession of an adult.

Daveta says there is a lot of support from community leaders and they are trying their best to change the perception of Kadavu as being a red zone for drugs.

Last year, the Acting Police Commissioner Rusiate Tudravu met with the President of the Methodist Church Reverend Dr Epineri Vakadewavosa whereby discussions were held on how the Church could assist crime prevention efforts in Kadavu through the Duavata Community Policing umbrella as religion played an important role in ongoing efforts to curb the illicit drug trade.

The Church had gathered stewards from around Kadavu and conducted a series of spiritual enhancement trainings to help deliver crime prevention messages from the pulpits.