As we approach peak months, we expect these numbers to increase - Koya

As we approach peak months, we expect these numbers to increase - Koya 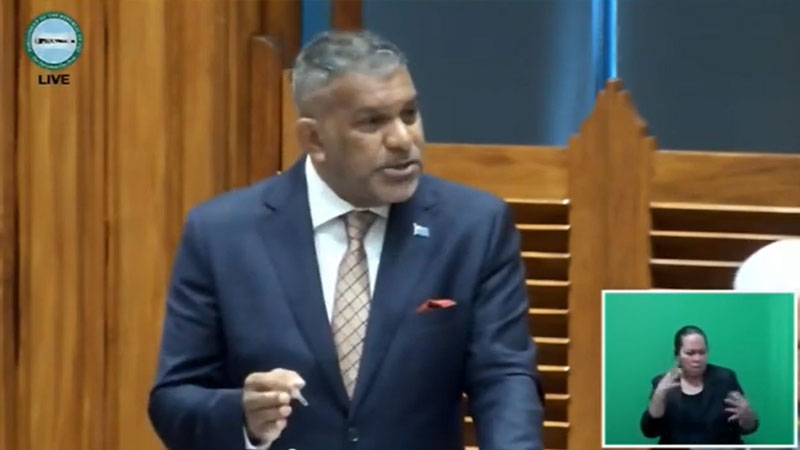 Minister for Industry, Trade and Tourism Faiyaz Koya says since the opening of the borders on 1st December last year, Fiji has welcomed 50,742 visitors.

He says over ninety percent of these visitors were from Australia and the US markets alone.

Koya adds as they approach the peak months, they expect these numbers to increase and fuel recovery.

The Minister further says with more markets opening up like New Zealand, they expect even more visitors.

He told parliament that they are now easing entry conditions alongside many other countries to remain competitive.

Koya adds with the removal of the Travel Partner classification, irrespective of where you come from, you’ll be bound by the same conditions.

He says they are basing this on the assurance that we are a highly vaccinated nation and anyone who comes is vaccinated with a negative COVID-19 test.

The Minister confirms that from 7th April, all a visitor to Fiji needs to do now is pre-book a Rapid Antigen Test for their 24-hour in-country test.

He says from today yachts can come from Denarau, Savusavu and Vuda marinas and they can do so without having to get the approval of the COVID-19 Risk Mitigation Taskforce.

The Minister says instead, they declare their interest directly with the Fiji Revenue and Customs Service, as was the practice pre-COVID.

Koya adds to further support the Tourism Industry, they are maintaining the low taxes so that this is reflected in how they package and sell Fiji.

He further says with numbers picking up from next month they are going to ramp up marketing efforts.

The Minister says Tourism Fiji’s increase in marketing allocation of $893,000 to now $20.9 million and increase of $700,000 for operations now $6.9 million will help them over the next few months.

Koya also told parliament that they have been concerned with operations in the Fijian real estate industry.

He revealed that since 2018, over 90 complaints have been received by the Consumer Council of Fiji and the Real Estate Agents Licensing Board.

The Minister says most of these are related to the inconsistencies of the commissions rates, lack of professionally trained and experienced licensed agents.

He adds with the emerging trends and irregularities of the purchases and sales of properties, the Government has developed provisions to protect consumers and first-home buyers.

Koya says compared to international markets, commission rates charged by agents in Fiji, are towards the higher end.

He revealed that it ranges from 3 percent and as high as 25 percent of the total value of the property.

Koya adds in jurisdictions such as Australia and New Zealand markets the commissions are up to 5 percent.

He confirms that real estate agents in Fiji charging a commission of 2 percent on residential properties less than $1.5 million of the sale value will enable prices of properties to be maintained at a reasonable level.

Koya says this means Fijians will be able to afford to own a decent home without being ripped off by an agent.

Fijian Drua centre Kalaveti Ravouvou who will make his debut for the Vodafone Flying Fijians this afternoon is relishing the opportunity to play again... 57 minutes ago
LATEST NEWS