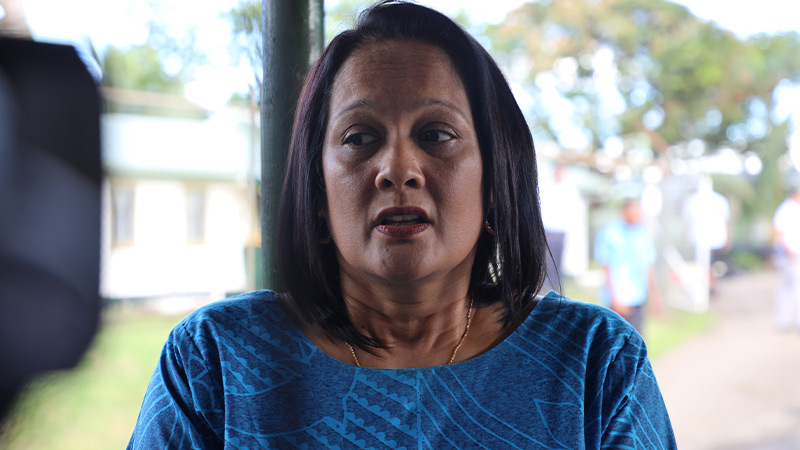 Minister for Education Rosy Akbar has confirmed to the Faith-Based Organisations that 40% of the government’s free education grant has been released for all the schools which have submitted the required documents.

Akbar says the remaining 60% will be released in week 8 of term two.

She says all schools must ensure that their ancillary staff continue to be paid since the government has not reduced any funding under the grant for payment of ancillary staff.

Akbar also confirms that some of the major issues discussed with the organizations included an adjustment of the school term dates, realignment of the curriculum, readjustment of external and internal examinations and COVID-proofing the schools under the new ‘normal'.

She says the representatives brought the benefit of their knowledge and experience to the table while discussing the suggested changes and plans to assist students and teachers in adjusting to the new ‘normal’, in the shortest possible time-frame.

One of the major issues discussed was the current socio-economic background of the children, especially those whose parents were worst hit in the tourism and aviation sectors and what forms of psycho-social support will be provided to them.

The Faith-Based Organisation representatives were clearly informed that they were under no restraints from the Ministry when it comes to providing any form of support.

Akbar says the Ministry of Education will carry out a survey which will give substantive data and a clear direction for the Ministry in what form of support is immediately needed and organisations will be given access to the data to assist them in planning their intervention strategies.

Akbar says she is thankful that all stakeholders have come together like this, during such trying times, and they are working closely together to map out the way forward.

She also highlighted that Faith-Based Organisations play a vital role in Fiji’s formal education sector with more than 90% of the schools having been established either by the organisations or community-based groups.

Akbar says their contributions, including a number of solutions to the challenges faced while trying to keep the schools open amidst these uncertain times, is commendable.