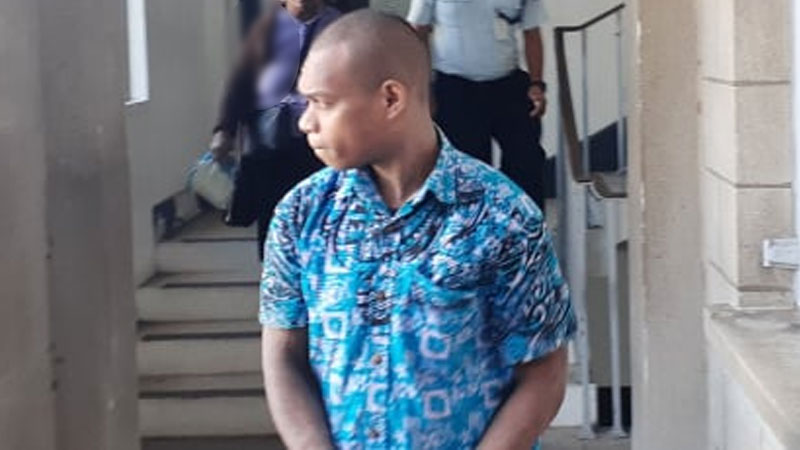 A 24-year-old labourer who brutally killed and robbed an elderly caretaker in Navua in February last year has been sentenced to life imprisonment.

Aliki Livai Kiko pleaded guilty to one count each of murder and theft.

While sentencing the man, Suva High Court Judge, Justice Salesi Temo says the 75-year-old caretaker was walking home at about midnight on the 6th of February after drinking yaqona with his friends.

He says Kiko had collected his $130 pay on the 5th of February and drank alcohol and smoked marijuana with a friend using that money.

He says when Kiko ran out of money, he had admitted in his caution interview that he took an iron rod and a kitchen knife from his home and took to the road to get more funds to buy alcohol.

Justice Temo says Kiko cornered the elderly man on the road who swore at him and then walked away.

He says Kiko walked away but decided to walk back, assaulted the man with a metal pipe, dragged him to a drain and stabbed him eight times with a kitchen knife before robbing him of $100 cash.

The elderly man’s body was discovered in the drain the next day.

Kiko is sentenced to life imprisonment with a minimum term of 17 years to be served before a pardon can be considered by the President of Fiji.