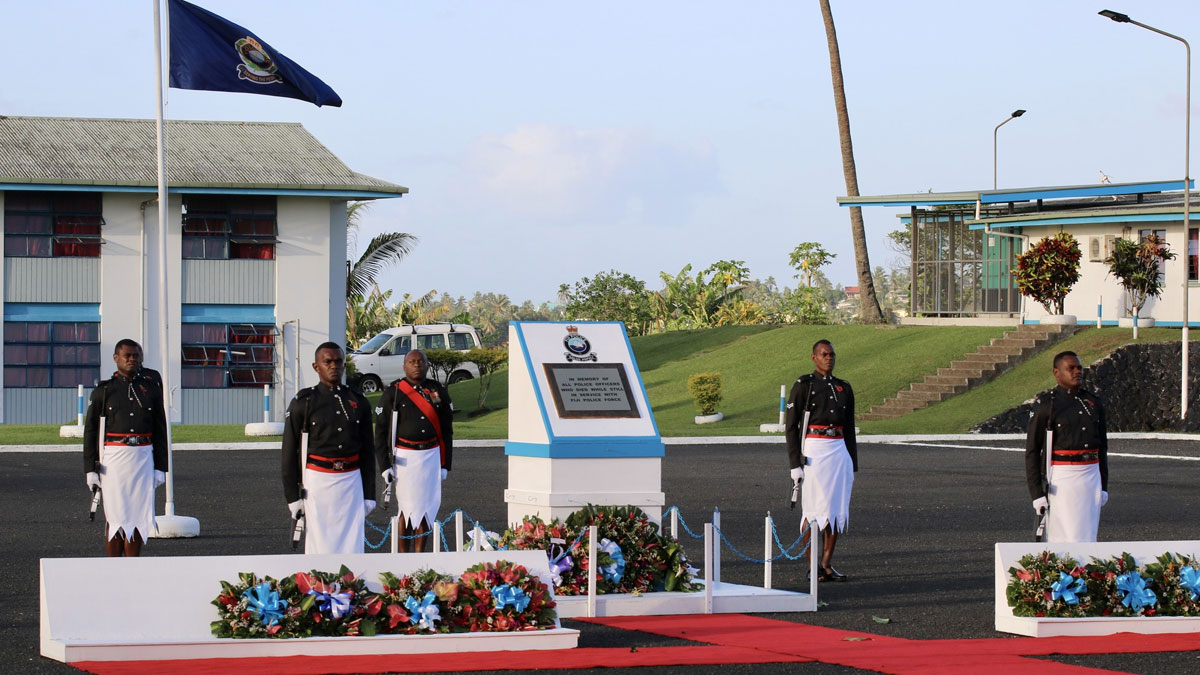 It was an emotional day for the families of 15 members of the Fiji Police Force that were remembered and honoured during their commemoration service this morning.

63-year-old Suweni Nagonewai Vosavere, the mother of the late Constable Adi Laite Sivoki, says today was an emotional day for her because she had lost her daughter last year.

She says her daughter was always very helpful when it came to any of their family functions.

Vosavere says when she received the invitation from the Fiji Police Force, she was determined to attend the service this morning to remember the good things her daughter has done during her service to the country.

Susana Luveni, the wife of the late Inspector Vilitati Bari who passed away last December due to urinary bladder cancer, says she could not hold back her tears when she received the call that the Force will be remembering and honouring her husband.

She says it was hard for her to walk up and place a wreath on the remembrance monument because, for her, it felt like the day she had her husband’s funeral.

Luveni acknowledges the Police Force for having such an occasion to remember and honour those fallen officers.

Speaking at the Fiji Police Remembrance Day service, Minister for Defence and National Security, Inia Seruiratu, acknowledged the support of families in ensuring their officers carry out their work diligently.