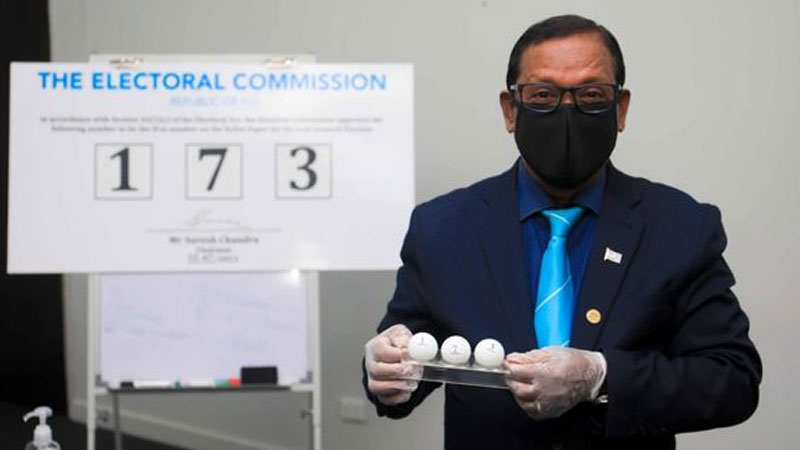 The Act outlines that the Electoral Commission is required to approve the first three (3) digit number of the Ballot paper for the 2022 General Election.

The event was attended by members of political parties including the Party Leader for SODELPA as well as the Acting President of the Fiji Labour Party with other stakeholders tuning in to the live event.

The event was also witnessed by a Police officer.

At its meeting earlier this morning, the Electoral Commission had approved that the ballot paper for the next election will start with the series 100, so the first number in the 3-digit number would be 1 followed by 2 digits that were drawn randomly from the barrel by the Chairperson.