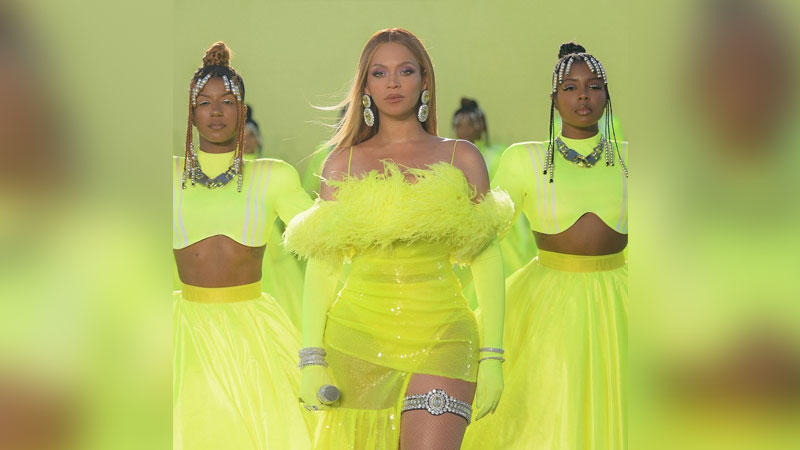 In her first awards show performance since the 2017 Grammys, Beyoncé took care to remind us all what we’ve been missing. Dressed in a ravishing lime green gown, the music legend sent audiences (both at home and in the Dolby Theatre) into a collective tizzy with her rendition of “Be Alive,” a pop-meets-R&B single from this year’s Best Picture-nominated film King Richard.

On a blinding green tennis court surrounded by her back-up dancers, the artist opened the evening’s festivities with a soon-to-be-iconic choral masterpiece. None other than her daughter, Blue Ivy Carter, sat front and center sporting a pair of sleek tiny sunglasses.

Featuring the artist’s beloved power growl and soft-as-satin high notes, “Be Alive” was apparently a late addition to the film score.

Will Smith, nominated for a Best Actor award for his role as Richard Williams, told Entertainment Weekly that Beyoncé offered to contribute the single after sitting in on a screening of the movie; she’d been particularly inspired by the performances of Saniyya Sidney and Demi Singleton as sisters Venus and Serena Williams.

“The marriage of a movie and a song is a kind of magic that’s unmatched in entertainment,” Smith said. “I was so happy when Beyoncé called.”