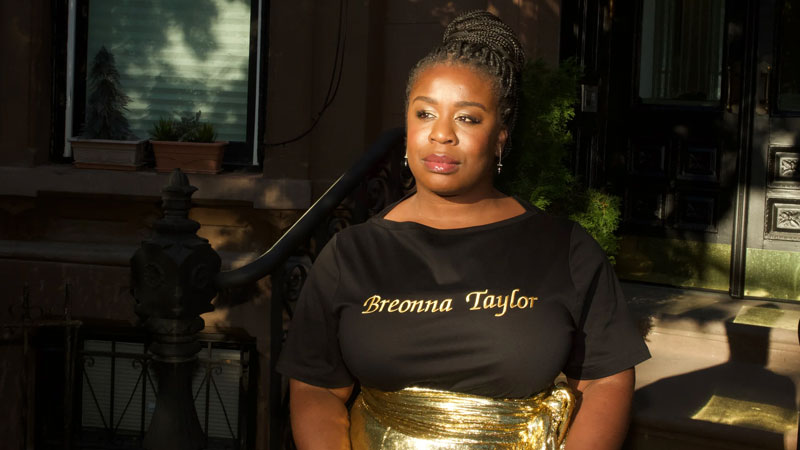 The Emmy Awards are a celebration of televisions best and brightest, but 2020’s ceremony was marked by its focus on politics and social justice issues.

Nominees used the event to highlight the upcoming election, ongoing protests, and the injustice of police brutality. For Mrs America star Uzo Aduba, she was inspired by her on-screen character to use the night to honour Breonna Taylor, a 26-year-old Black emergency medical technician who was killed by police in her home on March 13.

Aduba played Shirley Chisholm—the first African-American woman to be elected to Congress and run for president—in the miniseries, and found herself thinking about what the pioneering politician would do if given the platform of the Emmy Awards.

“It became very important to me and everyone involved to try and carry the spirit of Shirley into space,” she shared post-show.

“Shirley made her life’s work speaking up for and creating space for the people that could not speak for themselves in her community.”

That thought led to discussions between Aduba, her stylist Cristina Ehrlich, and her team behind the scenes.

“Uzo is always at the forefront in her way, making sure that she advocates for current issues such as women’s rights, Black Lives Matter, and climate change,” says Ehrlich.

“Celebrities have the ability to reach the masses and use their platforms to stand up for a cause.” The at-home, all-digital Emmys had a “come as you are” dress code, but the trio felt an elevated look was appropriate after months of quarantine loungewear.

“We wanted to take advantage of the chance to stray away from pyjamas and sweats,” explained Ehrlich. “We also wanted to make sure that we were using her platform to stand up for Breonna Taylor and stand in solidarity with the Black Lives Matter movement.”

Together, the group partnered with Aliétte designer Jason Rembert on a custom t-shirt and gold lamé skirt combo. The shirt read in gold script, “Breonna Taylor.”

Aduba knew she wanted the concept to be straightforward enough that even those unfamiliar with the case could understand the significance of the statement.

“I wanted her name across the front of my shirt [because] we know all the phrases that are associated with her, but I didn’t want just to choose one,” she says.

I wanted to choose something emblematic of the movement and could say everything without saying anything at all.

Most people know her name at this point and know what we’re talking about, and for those who don’t know her name, hopefully, they saw my shirt and googled it.

Fashion can spark curiosity, and I hope for the people who don’t know Breonna Taylor, it will make them want to know.”