The Bicep Bracelet is back

The Bicep Bracelet is back 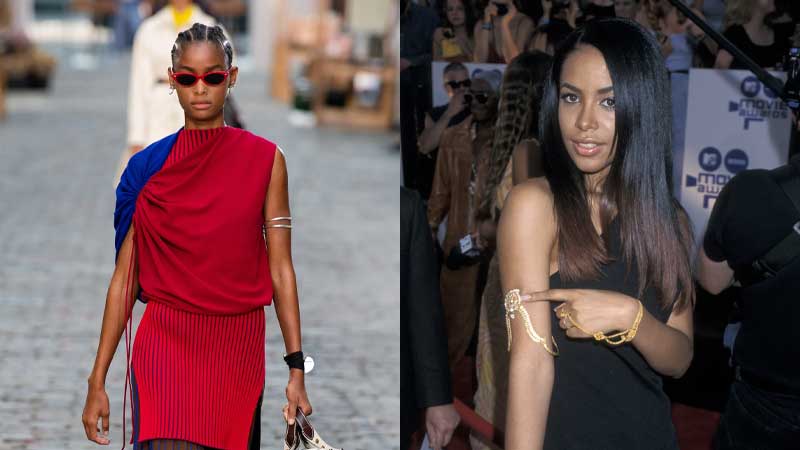 The Bicep bracelet is back in fashion.

This past fashion month, the bicep bracelet has become an essential piece to complete every models new look.

It’s a bold piece of jewellery; encircling the fleshy upper limb like the rings of Saturn.

In Milan, the piece of jewellery got the saucy Bellissimo touch at Blumarine, where it was created out of a swirl of rhinestones that read “Blumarine” as it encircled the arm.

At Fendi, it came as a simple gilded geometric band with its F monogram.

At Prada the bicep bracelet came in thick bands with a buckle, both scrunched over shirts and on bare flesh.

In lieu of anything permanent, bicep bracelets were seen on the likes of Aaliyah, Nicole Kidman, and Janet Jackson, who wore a regal bejewelled version.

The man alleged to have murdered a 35-year-old farmer during an argument out at sea between Laucala Island and Taveuni last week has been ... 37 minutes ago

A relative of the man whose body was found under the Vatuwaqa Bridge earlier this week has come forward. Police say the victim has been identified ... 37 minutes ago