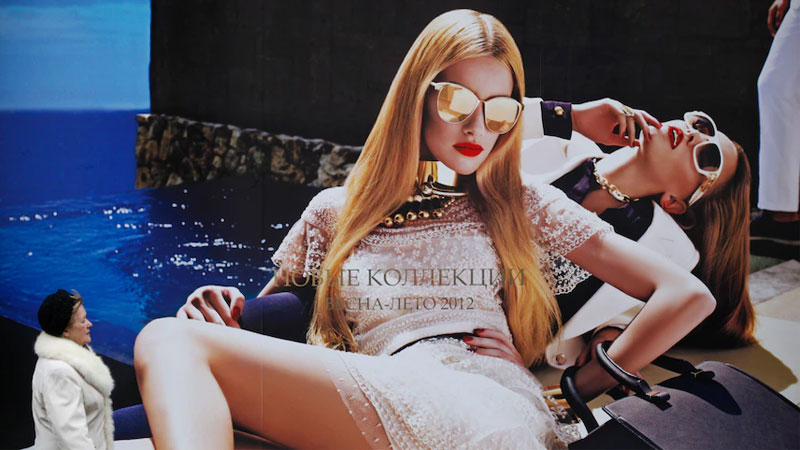 With the war in Ukraine rapidly deteriorating, superannuation funds and mining companies have been withdrawing investments from Russia. But there is another $3 trillion global industry facing public pressure too: fashion.

Several of the world's biggest apparel companies have temporarily shuttered shops in Moscow, including Nike, Mango and H&M.

"H&M Group is deeply concerned about the tragic developments in Ukraine and stand with all the people who are suffering," H&M Group said in a statement.

Another US conglomerate, TJX Cos, is divesting its 25 per cent stake in Russian low-cost apparel retailer Familia, which has 400 stores across Russia.

It might take a loss on that, as the value of the Russian currency dives.

Luxury brands favoured by rich oligarchs have also been under pressure to close Russian stores, with Bulgari even telling Bloomberg that it has seen a sales uptick there as locals try to store their wealth in watches and jewellery.

Richemont and LVMH are amongst the biggest luxury corporations that have now announced they are halting operations there.