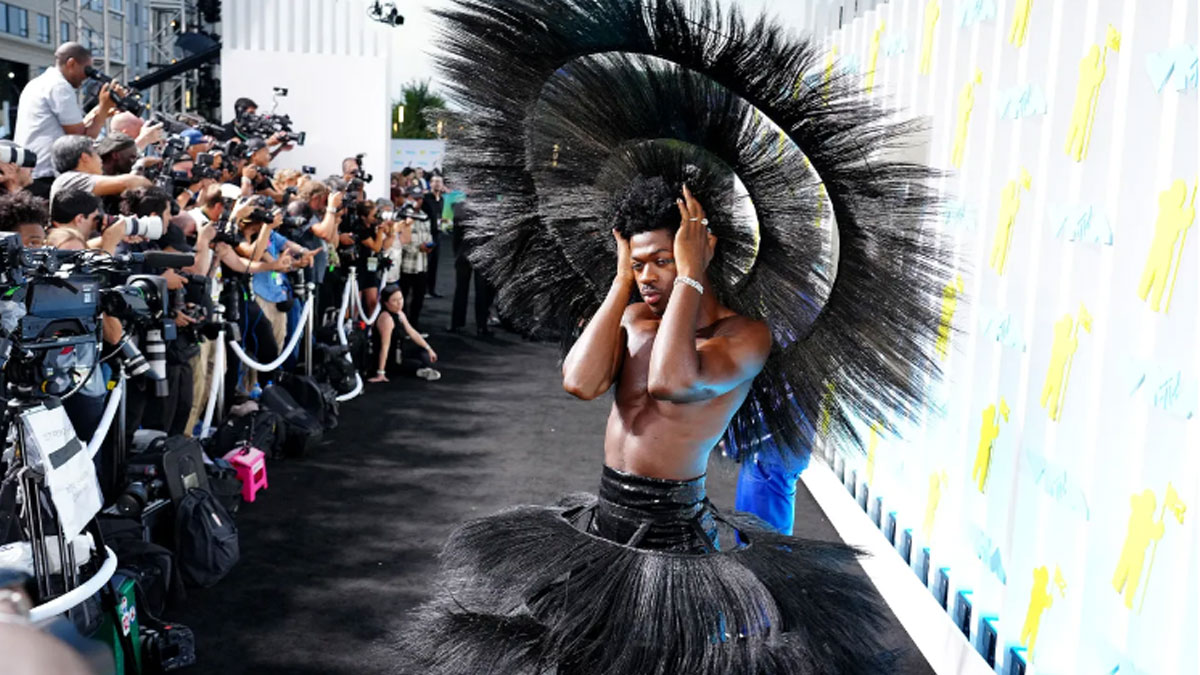 It was hard to miss Lil Nas X at the MTV VMAs mainly because his fabulously over-the-top outfit practically took up the entire red carpet.

Paying homage to the flamboyant, statement-making outfits that have graced the VMAs for years now, the Montero rapper brought a dash of theatricality to the event and we’re so glad he did.

Nobody commanded attention quite like the star, who's impressively nominated for seven accolades this evening.

The rapper’s voluminous, feathered creation worn topless with a fanned-out headpiece and tiered skirt was designed by British-American designer Harris Reed, one of fashion’s rising stars.

Reed is quickly becoming known for his large, sculptural silhouettes.

You may remember the designer as being behind Iman’s equally head-turning Met Gala look last year; Reed also made Beyoncé’s ensemble for her recent British Vogue cover.

Lil Nas X always loves to create a spectacle on the carpet.

He’s worn everything from regal Versace capes to bejeweled Balmain bodysuits, after all—so it was only a matter of time before a giant feather headpiece came into play.

Combined with his campy poses and unabashed confidence? It’s safe to say he managed to wear the extreme garment the garment didn’t wear him!

The man alleged to have murdered a 35-year-old farmer during an argument out at sea between Laucala Island and Taveuni last week has been ... 30 minutes ago

A relative of the man whose body was found under the Vatuwaqa Bridge earlier this week has come forward. Police say the victim has been identified ... 31 minutes ago