Doja Cat, a picture of 'Inferno,' was covered in paint and 30,000 crystals at Haute Couture Week

Doja Cat, a picture of 'Inferno,' was covered in paint and 30,000 crystals at Haute Couture Week 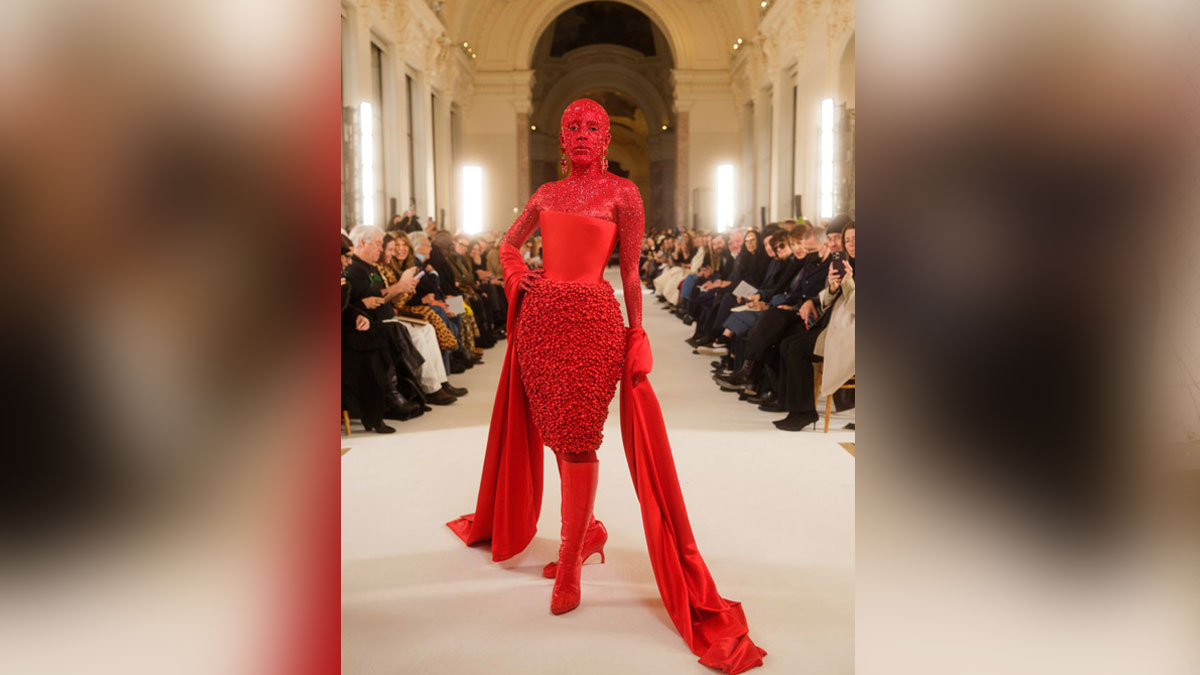 The eye-catching outfit, which was custom-designed by the fashion house's creative director Daniel Roseberry, was brought to life by makeup artist Pat McGrath, whose team spent almost five hours completing the look.

The singer's arrival at the Petit Palais in Paris marked a dramatic start to Schiaparelli's Couture Spring-Summer 2023 show, the opening event of the biannual Haute Couture Week in Paris. Dubbed "Inferno Couture," the label's latest collection was inspired by Dante's "Inferno" and the nine circles of hell, according to Roseberry's show notes.

On the runway, other items of Schiaparelli's "faux-taxidermy" were on display, with Naomi Campbell and Irina Shayk among those to appear on the catwalk wearing similar animal head gowns.