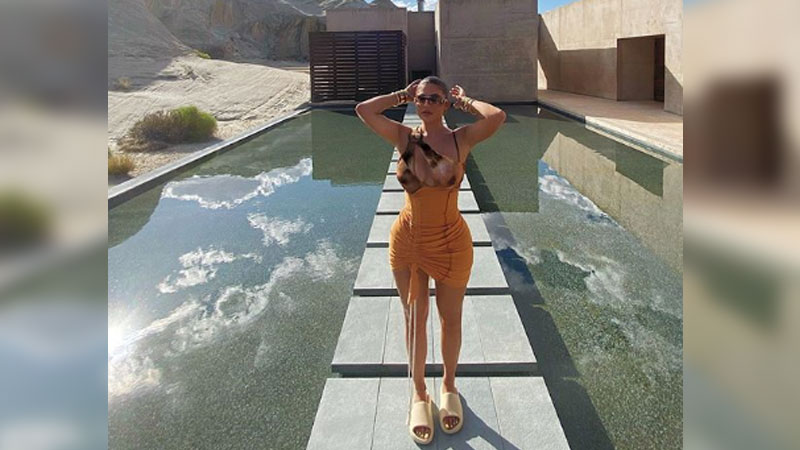 If Kylie Jenner can eradicate more than $1 billion from Snap Inc.’s market value in one tweet about her lack of interest in the platform, then surely the mega-celebrity’s promotion of a Black-owned fashion label over multiple social media posts can have the opposite effect.

Such was the experience of Jedidiah Duyile, a London-born designer of Nigerian and Ghanaian descent, who saw her collection at LoudBrand Studios sell out after two posts from Jenner racked up more than 13 million “likes” on Instagram.

“It’s great when you already believe in what you do, but it’s really nice for the world to see it,” Duyile said in a Zoom interview with Bloomberg News.

Kylie took to her Instagram on Monday and posted photos of herself from her Utah trip, with her friends and daughter Stormi, in the form-fitting orange minidress with a plunging asymmetrical neckline and drawstring ruching.

The dress, designed by Jedidiah’s LoudBrand Studios, was accessorised with Yeezy slides, gold jewellery, a pair of sunglasses, and Jenner wore a long, snake-like braid that went below her waist.

i love it here.

Basking in the sun, the make-up mogul posted photos of the beautiful desert landscape and captioned a post, “I love it here.”

While possibly a string of casual posts for Jenner, the tout to her nearly 200 million followers nonetheless supports trends associated with calls to “Buy Black” following global protests against police brutality and racism toward Black people. The notion is seen as a remedy to systemic and economic inequalities faced by Black entrepreneurs and business owners.

However, several social media users were quite angry when they noticed that Kylie had not tagged Duyile’s brand in her post and one Twitter used lashed out, “Kylie Jenner is refusing to tag the designer of the dress she just posted, which is a black-owned brand, and now limiting her comments. @LoudBrndStudios is the designer!”

While another said, “This is nothing new. She wore clothes by The K Label and Twiley some time ago and didn’t tag them but made sure to tag Gucci and other top designers.

I could understand if she has people to purchase clothes for her, but they always make sure she tags Dior of Givenchy.”

However, Kylie finally responded to the baseless accusations, writing, “Ok this is just a reach. why would I ever REFUSE to tag a brand and block comments. this is completely false. i think this brand is amazing and i wanted to show support and will continue to do so. everyone go check out. @LoudBrndStudios”

The Deputy Prime Minister and Minister for Finance, Professor Biman Prasad has met with the Indian External Affairs Minister Dr. S Jaishankar in ... 18 minutes ago

Landowners are not forgotten and their concerns are a priority that needed to be addressed. This has been highlighted by the Minister for ... 20 minutes ago

As people always look for better opportunities and living standards, no recognition and lack of reward contributes to the issue of labor brain drain ... 23 minutes ago