Michael Cheika: I should have quit as Australia coach before 2019 World Cup

Michael Cheika: I should have quit as Australia coach before 2019 World Cup 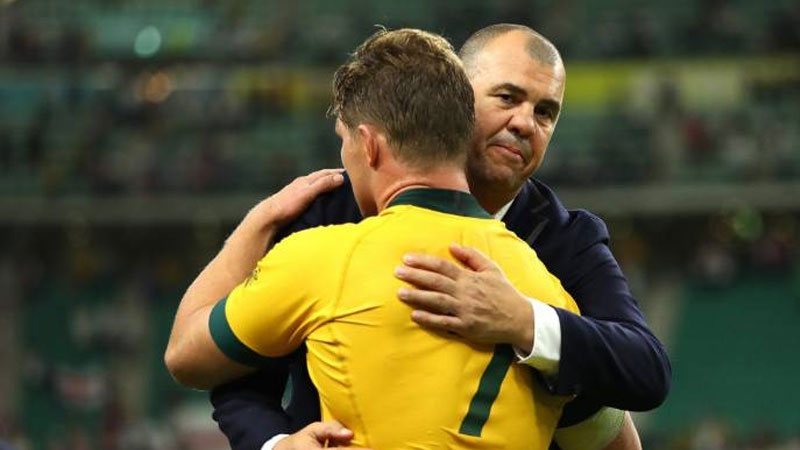 Former Wallabies coach Michael Cheika says that he should have left the coaching job in early 2019 after Rugby Australia brought in Scott Johnson as director of rugby and introduced a three-man selection panel.

Cheika remained in the role until the 2019 Rugby World Cup in Japan and quit after the Wallabies were thrashed 40-16 by England in the quarter-finals.

The 53-year-old, told The Times that he should have stood down earlier because he felt that Rugby Australia's management had lost confidence in him.

Cheika says he loves Australian rugby and he believed that he could get the players together as he did not want to let the players and the supporters down.

RA appointed Johnson following a review into the Wallabies' 2018 season when they lost nine of their 13 test matches and there were suggestions that Cheika would be sacked.

Fiji Airways has extended international flight cancellations through to the end of August. Fiji Airways Managing Director and CEO Andre Viljoen ... 19 minutes ago

The Head of the Catholic Church in Fiji Archbishop Peter Loy Chong says they cannot deny that there have not been victims of abuse in the church and ... 53 minutes ago