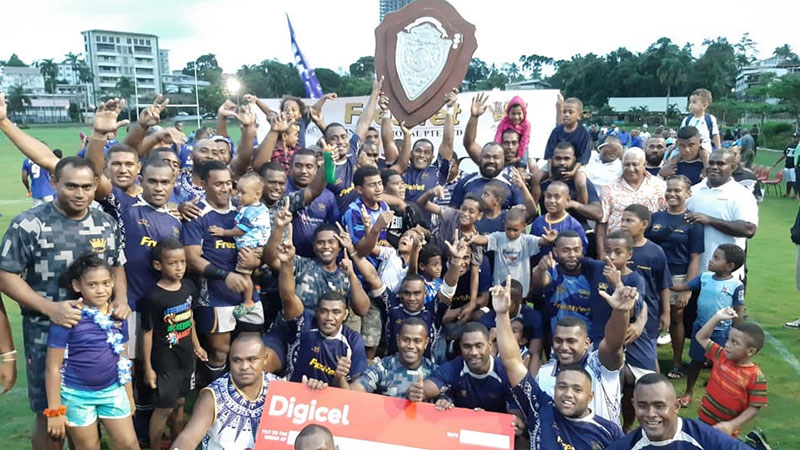 KICK OFF - The Digicel Escott Shield final between Navy Blue and Police Blue is underway at Albert Park.

HALF TIME - It is an equal contest so far from both sides. Navy Blue and Police Blue are continuing to take advantage of opportunities to put points on the board. It is also shaping up to be a contest between goal kickers Terio Tamani of Police Blue and Jone Manu of Navy Blue. Navy Blue leads Police Blue 10-9 at half-time.

PENALTY TRY - Navy Blue get a penalty try after continuous infringements by Police Blue in the scrum near the try line. Navy Blue extend their lead to 17-9.

TRY - Police Blue cross over for a try at fulltime but it doesn't change the outcome. They still lose.