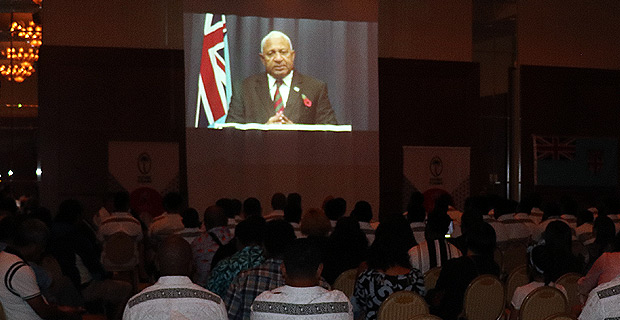 Prime Minister Voreqe Bainimarama has told the Flying Fijians that they can knock off any team at anytime as they are each equipped with incredible power.

Speaking to the players through a video message at the jersey presentation last night, Bainimarama says many in the media may compare this game against Wales to that of the fight between David and Goliath.

He says the world often does see Fiji as David, the small underdog nation facing down the big boys of the rugby world especially with their money and resources.

Bainimarama told the players to believe in each other as the nation is with them.

Fiji Airways has extended international flight cancellations through to the end of August. Fiji Airways Managing Director and CEO Andre Viljoen ... 31 minutes ago