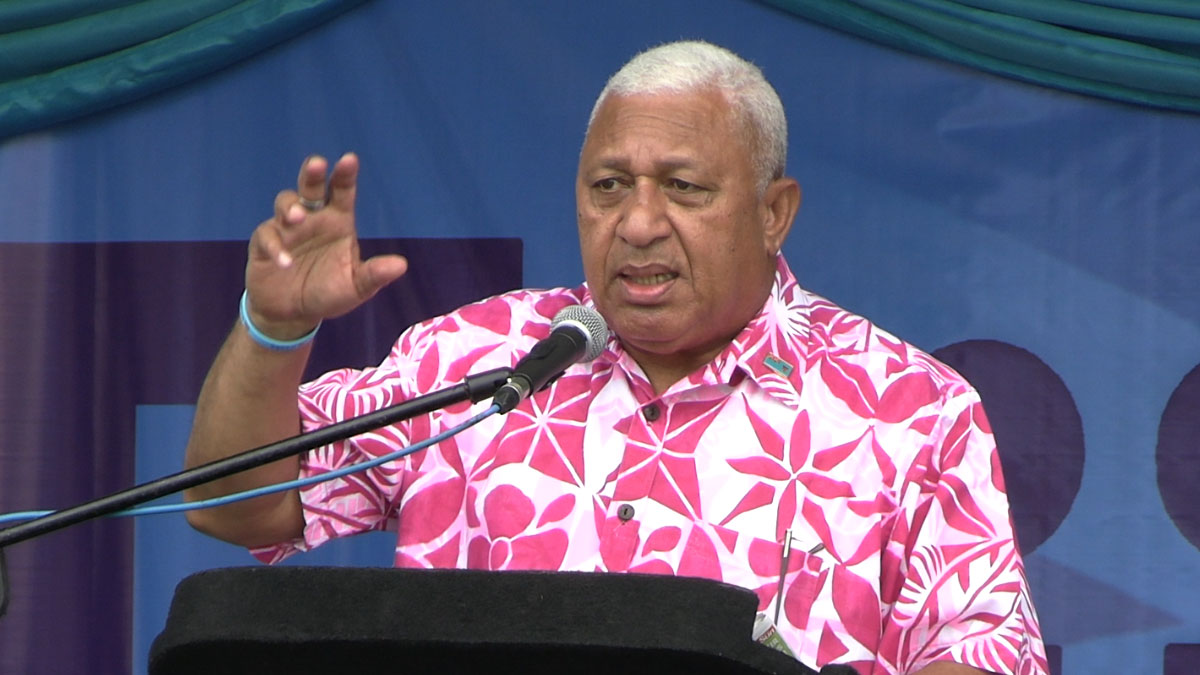 FijiFirst Party Leader, Voreqe Bainimarama says the government led by the late former Prime Minister, Laisenia Qarase was concerned more about indigenous rights and questioned what indigenous rights are they talking about and that they need to go and farm more.

While speaking at a FijiFirst rally in Savusavu, Bainimarama says the late Qarase’s administration had started introducing racial discrimination again which was similar to what instigated the events of 1987 and 2000.

Bainimarama says this is why the military had to step in to stop the bullying tactics that was done to other ethnic groups in Fiji.

The FijiFirst Leader says the government at that time was heavily focused on indigenous rights, racial discrimination and had started picking on other ethnic groups in the country.

Bainimarama says that Fiji always belongs to the iTaukei and nothing will take that away from them.

He adds that the iTaukei own 91 percent of the land and they need to farm it.

Meanwhile, Bainimarama says that the FijiFirst Party needs to stay in government forever as it brings unity to the people of Fiji.