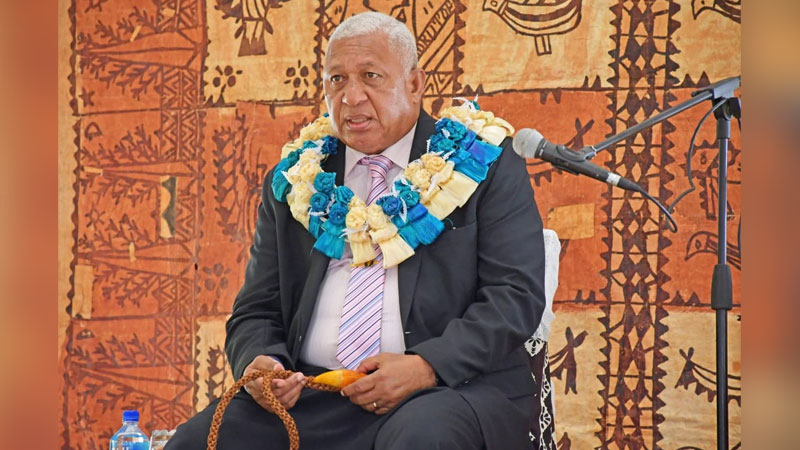 Prime Minister, Voreqe Bainimarama says Government has paid out nearly $50 million in direct financial assistance to Fijians whose jobs have been lost or who are on reduced hours.

While opening the Ra Provincial Council meeting, Bainimarama says even those working in tourism who can now get work on the weekends are now able to access the full amounts of unemployment assistance.

The Prime Minister says they will continue to stand in solidarity with those who need Government’s help, however, long it takes for this economic storm to abate.

He also told the Ra Provincial Council members that they should look out for those who are vulnerable, and not to always wait on Government to solve every problem.

The Prime Minister says together, we have come back from cyclones, from ethnically-charged political upheavals, and we will come back from the coronavirus pandemic as well.

He says while we may not be suffering a health crisis from COVID-19, the COVID-driven collapse of the world economy is hitting our people hard.

The Prime Minister says we all know someone who has lost their job or had their hours cut, who is having a difficult time fetching the usual prices when they bring fruits, vegetables and seafood to market, someone who has moved back to the rural areas to ride out this economic crisis and we know the strain that has been placed on communities seeking to accommodate them.

Bainimarama says no matter who we are, where we live, or what we do for a living, all of our lives have been affected.

He says this is not a Fijian problem, it is a global problem, one that stretches from the desks of CEOs of the world’s biggest companies to homes in villages across the province.

The Prime Minister says he was proud to open the newly sealed Vakasobu Road on the drive down to the provincial council meeting venue. He says he remembers the council asking for the road to be tarsealed at their Talanoa last year, and he promised it would be done.

Bainimarama says education was free for every student in the province, with another $1.3 million given towards subsidising transportation to school for students who need it.

He says they have also strengthened law enforcement with the recent completion of the around $600,000 Namarai Police Station which will soon be commissioned. They have also opened the new Rakiraki Fire Station and the new Rakiraki Market, which is now a hub of the local economy and second home for the women vendors who travel great distances to sell their goods and produce.