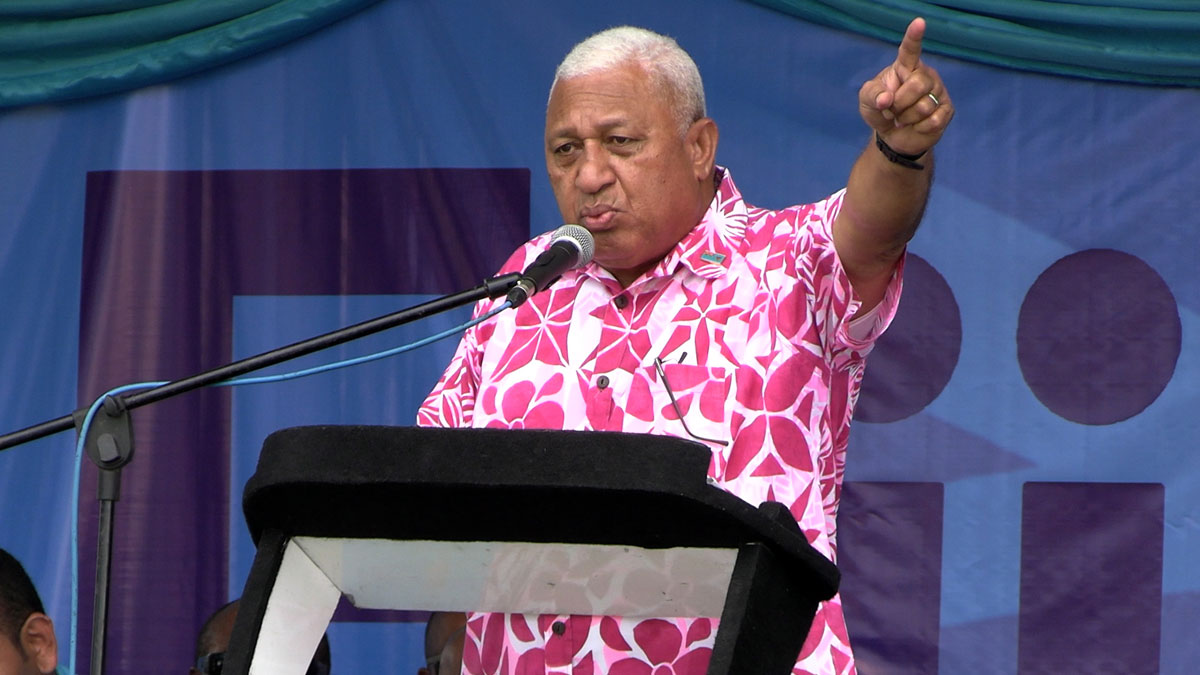 FijiFirst Leader, Voreqe Bainimarama has again mentioned the late former Prime Minister, Laisenia Qarase’s name at a political rally in Savusavu and said that he had to remove Qarase’s government due to corruption.

Bainimarama says that a lot of people have been asking him about the events of 2006 and why did they remove the Qarase government.

Bainimarama adds that some people told him that in doing this, he is removing a iTaukei government.

He says they did not remove a iTaukei government but a corrupt administration and he wants this move to be clear to everyone.

The FijiFirst Leader adds that he knows that most of the people in Savusavu voted for Sitiveni Rabuka in the last election however he says that Rabuka has done nothing for the people of Vanua Levu.

He says that many voted for Rabuka because of the idea to have a iTaukei government.

Bainimarama further states that having a iTaukei government will not bring about prosperity.

The FijiFirst Leader says other political parties have been saying that this government needs to be removed as they have been in power for the last 15 years.

He adds that this is not the case as many people voted for them again to lead the government after the 2018 general election and they would not have been voted back into government if they are corrupt.

Bainimarama says he is not criticizing any other party but no other party has the plan that will benefit this nation.

He adds that the FijiFirst Party needs to stay in government forever as it brings unity to the people of Fiji.