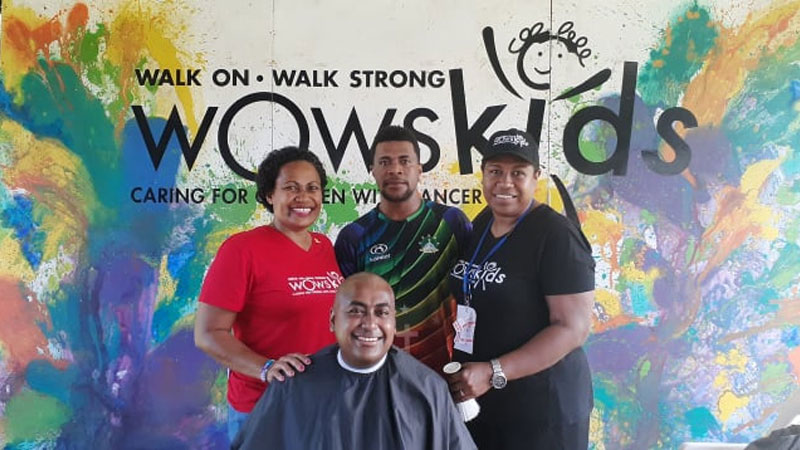 WOWS Kids Fiji Ambassador Pita Waqavonovono raised $1,700 as part of the Shave It or Save It campaign and handed over the money to WOWS Kids Fiji today.

WOWS Kids Fiji Ambassador Pita Waqavonovono raised $1,700 as part of the Shave It or Save It campaign and handed over the money to WOWS Kids Fiji today.

Waqavonovono also got his hair shaved off.

He says his friends urged him to put up a Facebook post saying that he would shave his hair if he gets 2,000 comments.

Waqavonovono says he received more than 2,000 comments in just 30 minutes and in the hours that followed, WOWS Kids Fiji approached him to turn all the hype into positive energy to help the WOWS Kids Resource Centre.

He says every cent counts when dealing with childhood cancer counts and the Resource Centre is a place where parents can stay and rest.

Waqavonovono says the WOWS Kids Resource Centre is also for children who are getting treatment in hospitals where they can come and rest and have warm meals and even wash their laundry.

WOWS Kids Interim Team Leader, Mere Williams says they are taking care of 48 children and most of these children come from underprivileged families.

She says they started with three initiatives last month to raise funds for the children which includes the Shave It or Save It Initiative, Saqamoli Drives and the Great WOWS Walk.

Williams is urging business houses to take part in the Saqamoli Drives and take cans from them to collect money within their own organisations.