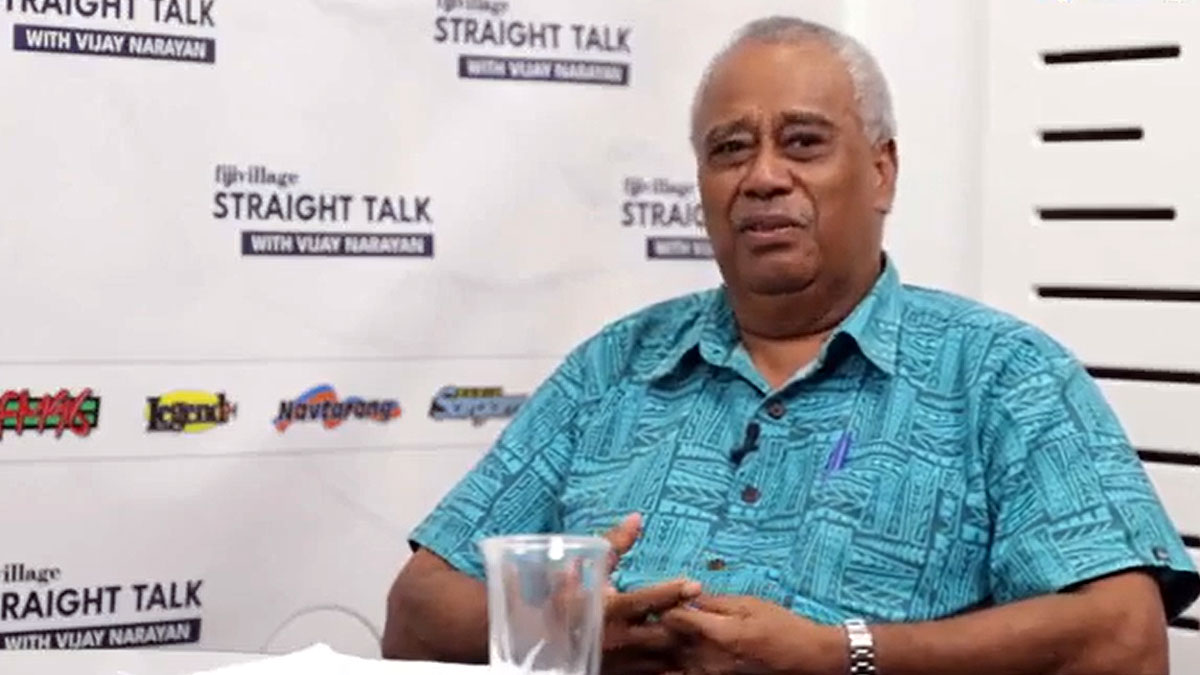 To ease the burden of cost of living on all Fijians, Unity Fiji Leader Savenaca Narube says they will be addressing this crisis by doing two things which is putting more money into people’s pockets and reducing the cost of imported products.

Narube highlighted this while answering a question on fijivillage Straight Talk With Vijay Narayan from some students of USP who are facing this crisis while they are studying.

He says what the students have highlighted, is the true reflection of Fiji as cost of living is a big issue.

He adds the Government is blaming international developments, but they need to do more.

The Unity Fiji Leader says to put more money in people’s pockets, they will increase the income tax threshold from $30,000 to $40,000, and they will immediately increase the living wage to $5/hour when they come into Government.

Narube further says they will also remove the No Jab No Job Policy, as he thinks it was too draconian and too restrictive as people were getting out of the pandemic.

He says they will reimburse withdrawals from FNPF due to COVID for salary earners up to $40,000 and lift the retirement age from 55 to 60 years old for civil servants.

Narube also revealed they will reduce tax on imported goods and review the border taxes for essential items.

When questioned on fuel prices, Narube says they will explore the option of consulting oil companies to absorb some of the costs.

He says the poor are carrying this burden of living more than anyone else.

Narube also highlighted if no political party wins government, they are ready to form coalition with the opposition parties but not with the FijiFirst Party.

He says they are targeting 18 seats but could even win 28 seats.