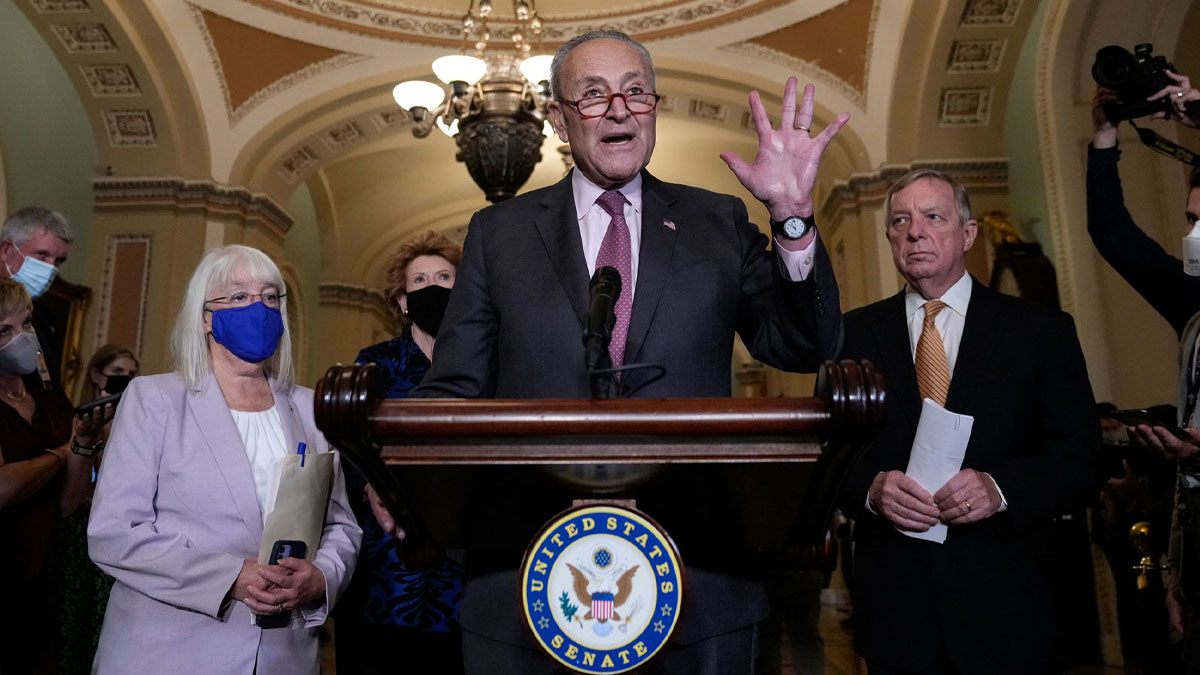 The US Senate has passed a bipartisan bill to address gun violence that amounts to the first major federal gun safety legislation in decades.

The final vote was 65 to 33 with 15 Republicans joining Democrats in support of the measure, marking a significant bipartisan breakthrough on one of the most contentious policy issues in the country.

CNN reports the bill will next go to the House for a vote before it can be sent to President Joe Biden to be signed into law.

It also makes significant changes to the process when someone ages 18 to 21 goes to buy a firearm and closes the so-called boyfriend loophole, a victory for Democrats, who have long fought for that.

The package amounts to the most significant new federal legislation to address gun violence since the expired 10-year assault weapons ban of 1994, though it fails to ban any weapons and falls far short of what Democrats and polls show most Americans want to see.

There were a few dozen people in the Senate gallery ahead of the final vote.

Senators had noted there were gun violence survivors, family members and groups in attendance to watch the historic vote in the chamber.

The vote on the federal gun safety bill came on the same day as the Supreme Court struck down a New York gun law enacted more than a century ago that places restrictions on carrying a concealed handgun outside the home.

The ruling highlights the conflicting political forces surrounding the issue at all levels of government, as the judicial branch implements the widest expansion of gun rights in a decade, happening right as the legislative branch appears on track to pass its most significant gun safety package in almost 30 years.

Key provisions in the bill The bill includes US$750 million to help states implement and run crisis intervention programs. The money can be used to implement and manage red flag programs which can temporarily prevent individuals in crisis from accessing firearms through a court order and for other crisis intervention programs like mental health courts, drug courts and veterans courts.

This bill closes a years-old loophole in domestic violence law, the "boyfriend loophole" - that barred individuals who were convicted of domestic violence crimes against married partners, or partners with whom they shared children or partners with whom they cohabitated, from having guns. Old statutes didn't include intimate partners who may not live together, be married or share children. Now, the law will bar from having a gun anyone who is convicted of a domestic violence crime against someone they have a "continuing serious relationship of a romantic or intimate nature."