Report does not have the Fijian govt’s response

Report does not have the Fijian govt’s response 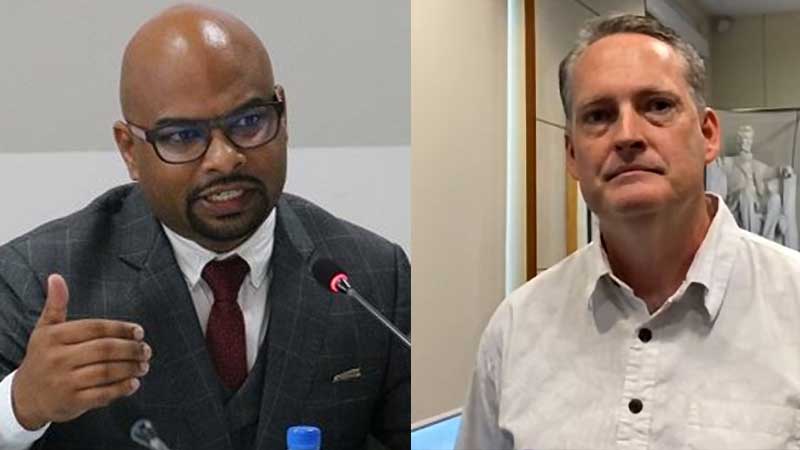 The Director of the Fiji Human Rights and Anti Discrimination Commission, Ashwin Raj says the US State Department’s 2020 Country Report on Human Rights Practices in Fiji contains factual inaccuracies and has a scant interpretation of the law while US Embassy’s Chargé d’Affaires to Fiji, Tony Greubel confirms that the report does not have the Fijian government’s response on human rights matters raised in the report.

When questioned by Fijivillage, Raj confirms that there was neither any stakeholder consultation in the formulation of the US report, nor any ethic of constructive engagement of the State Department on these human rights matters with the national human rights institution.

Greubel says a lot of the findings were based on media sources, police and government agencies and they will be having government to government negotiations.

He says they do human rights reports for every single country and it is a way of pointing out things they all can be doing better.

Greubel says they will be working with Fiji in addressing the issues that have been highlighted.

The US report says significant human rights issues in 2020 included : cases of cruel, inhuman, or degrading treatment, in some cases leading to death; restrictions on free expression, such as substantial interference with the right of peaceful assembly; and trafficking in persons.

When questioned by Fijivillage on whether any talks have been held on the report with Fiji, Greubel they are yet to receive a response from the Fijian Government in regards to the recent report.

We have also asked the Prime Minister, Voreqe Bainimarama on the government’s stand on the State Department Report on Fiji.

Former Prime Minister and Leader of the People's Alliance Party, Sitiveni Rabuka has assured the new Indian High Commissioner that the People’s ... 35 minutes ago

Prime Minister Voreqe Bainimarama has highlighted that the Moderna vaccine is first being administered to 15 to 17-year-olds who are nearing the end ... 42 minutes ago

The Interpretation Amendment Bill 2021 will be debated in parliament this Wednesday. Attorney General, Aiyaz Sayed-Khaiyum says this bill has been ... 44 minutes ago