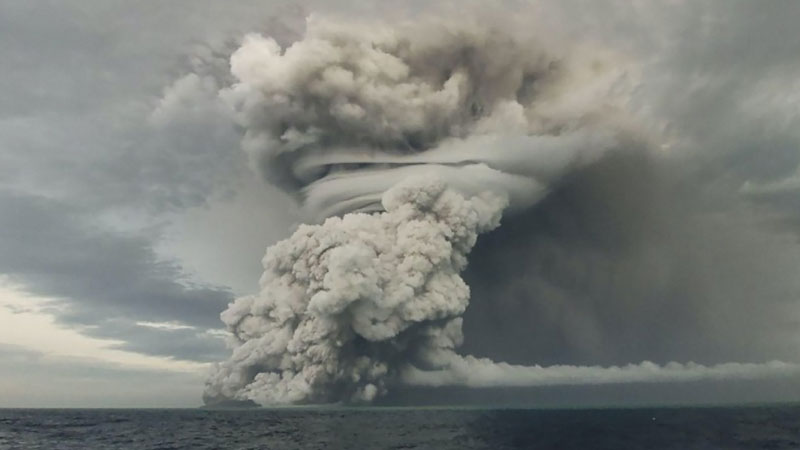 There have been two deaths reported after the recent volcanic eruption and tsunami in Tonga.

The United Nations has been working to support the Tongan government’s response with the World Health Organisation's Country Liaison Officer for Tonga, Dr Yutaro Setoya, playing a critical role in channelling communication between UN agencies and the Tongan government, and between the UN and their staff in Tonga.

With international phone lines and internet connectivity still down, Dr Setoya’s satellite phone is one of the few ways to get information into and out of the country.

Dr Setoya has confirmed that two deaths have been reported to date with many remain displaced, and 89 people taking shelter in evacuation centres on the island of ‘Eua and many more seeking shelter with relatives.

He also confirms that buildings and infrastructure have been damaged with around 50 houses destroyed and 100 houses sustaining some sort of damages on just the main island of Tongatapu.

Dr Setoya says around 2cm of ash and dust has fallen on Tongatapu, raising concerns of air pollution and the potential contamination of food and water supplies but thankfully, all health facilities on Tongatapu are fully functioning and clean-up efforts have been initiated.

He says the information on the degree of destruction is still being gathered and the Ha’apai and Vava’u island groups remain out of contact with the capital. Dr Setoya says there are particular concerns about the smaller and low-lying islands of Mango and Fonoi in the Ha’apai group.

WHO is closely coordinating with other United Nations agencies and partners to support the response to the recent volcanic eruption and tsunami in Tonga, including acting as a central channel of information in the face of continued telecommunications outages.

They say the government of the Kingdom of Tonga reacted swiftly, including deploying a naval vessel to the Ha’api islands carrying the WHO-trained Tonga Emergency Medical Assistance Team (TEMAT) to help treat people who may have been injured. The government has advised the Tongan public to remain indoors, use masks if going out, and to drink bottled water to avoid consequences of the ashfall.

WHO’s Health Cluster Coordinator for the Pacific, Sean Casey says Dr Setoya has literally been standing outside from dawn until long into the night for the past few days to ensure that the phone can reach the satellite signal and he can pass along vital information.