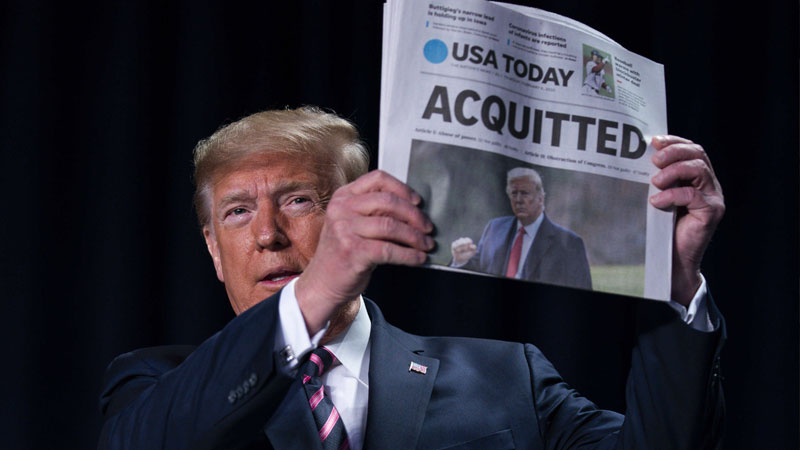 Former US President Donald Trump has been acquitted by the Senate in an impeachment trial for his role on the 6th January attack on the US Capitol.

Democrats failed to get the two-thirds majority vote to find him guilty of inciting an insurrection.

After just five days of debate, the fastest presidential impeachment trial in American history, seven Republicans joined every Democrat in declaring Trump guilty on the charge of “incitement of insurrection”.

If convicted, he could have been barred from holding office in the future, but this decision now paves the way should Trump want to run again – for another year at the White House in 2024.

Several Republicans argued that the trial was unconstitutional, even though a majority of the Senate voted on Tuesday to proceed with the trial.

China has donated 17 hospital beds worth $25,500 to aid Fiji with its current response to COVID-19. The Fijian government in a statement says this ... 24 minutes ago