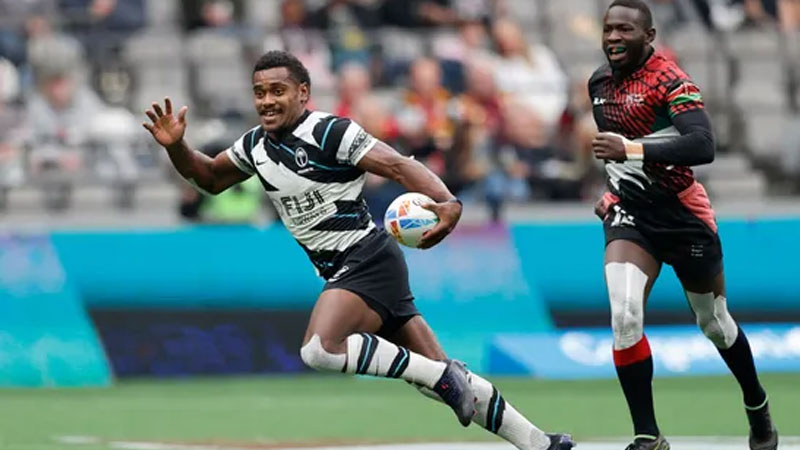 The Fiji Airways Men’s 7s team made a strong start as they beat Kenya 29-5 in their first pool game at the Toulouse 7s.

Kaminieli Rasaku displayed effective side-stepping to get two tries in the first half.

Waisea Nacuqu, Elia Canakaivata and Filipe Sauturaga also got tries for Fiji in the second half.

Coach Ben Gollings used the bench well in the second half as Sevuloni Mocenacagi, Semi Kunatani and Manueli Maisamoa took the field to make an impact.

Fiji executed their defence well as Kenya ran out of options with ball in hand.

Fiji will take on Wales at 8.33am today in their second pool game and then play France at 12.34am Sunday in their final pool game.