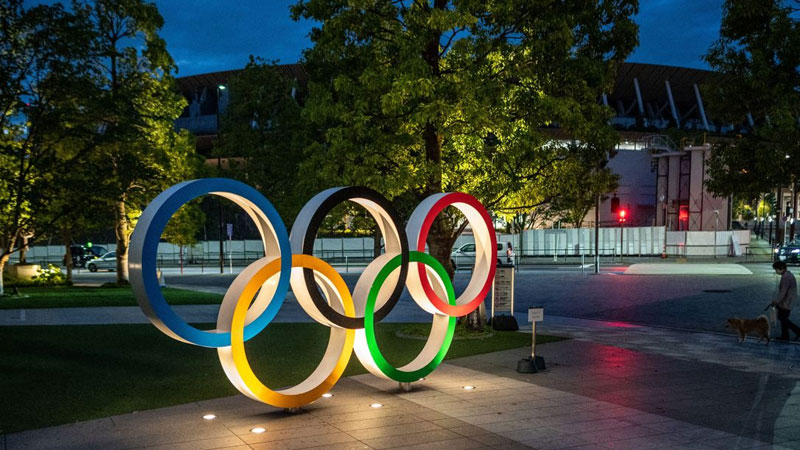 A member of Uganda's Olympic squad has become the first to test positive for COVID-19 on arrival in Japan for the competition that is due to start on the 23rd of July.

The event was postponed last year but is now going ahead despite a fresh wave of cases in Japan.

Uganda is also experiencing a surge in cases, which forced the government to tighten lockdown measures on Friday.

Reports stated the unnamed Ugandan was part of a nine-member squad who had all been fully vaccinated.

A Japanese official was quoted by local media that one of them tested positive on arrival on Saturday, and was quarantined at a government-designated facility.

The rest of the squad left by chartered bus for Osaka, in Western Japan, where they are to train ahead of the Games.

The Ugandans are the second group of foreign athletes to arrive for training ahead of the competition. The Australian women's softball is the first squad to arrive on the 1st of June.

Foreign spectators have been banned from the Olympics and a decision is expected to be taken on today on whether to allow domestic spectators. Former Prime Minister and Leader of the People's Alliance Party, Sitiveni Rabuka has assured the new Indian High Commissioner that the People’s ... 40 minutes ago

Prime Minister Voreqe Bainimarama has highlighted that the Moderna vaccine is first being administered to 15 to 17-year-olds who are nearing the end ... 47 minutes ago

The Interpretation Amendment Bill 2021 will be debated in parliament this Wednesday. Attorney General, Aiyaz Sayed-Khaiyum says this bill has been ... 50 minutes ago