To change the participation of women in the maritime sector, we must be cognisant of the barriers - Mereseini Rakuita

To change the participation of women in the maritime sector, we must be cognisant of the barriers - Mereseini Rakuita 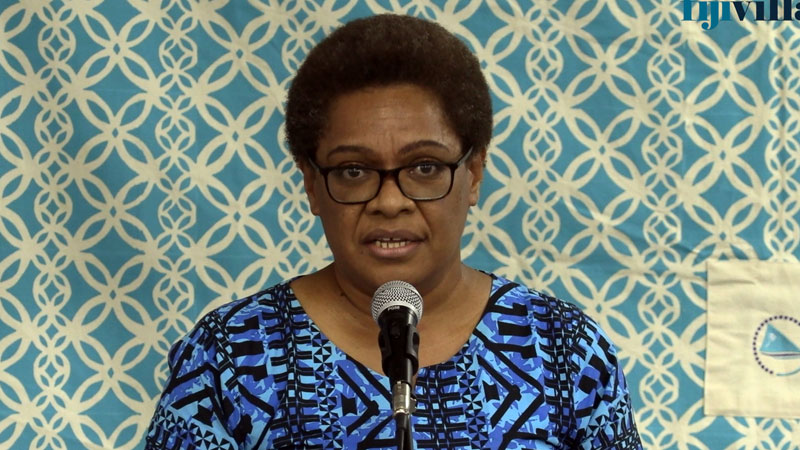 With less than 10% of the people working in the maritime sector in the Pacific being women, SPC’s Principal Strategic Lead – Pacific Women, Mereseini Rakuita says if we are to make any meaningful changes to the participation of women in the maritime sector, we must be fully cognisant of the barriers that exist.

While speaking at the inaugural International Day for women in maritime, Rakuita says women in the Pacific were the best marine engineers of traditional navigation weaving the sails of great traditional canoes that traversed our vast ocean.

She says the sails of these canoes had the best nautical aerodynamics of any sailing craft which allowed our ancestors to swiftly navigate large canoes that could carry up to three hundred people at once.

Rakuita says these sails also formed the modern day sail we use today so the connection to women in maritime in the Pacific is personal.

She says we must be acutely aware of the very low representation of women in this traditionally male-dominated area.

The former Minister for Women says of the 10% women in the maritime setor, 5% are employed in shipping companies, agents, supply and freight supply chain companies, less than 2% are employed as female seafarers serving in national fleets and less than 1% serve in foreign vessels.

Rakuita says in order to fully harness the potential that the Pacific Ocean holds for the wellbeing of Pacific islanders, it is imperative that all relevant sectors of the Pacific economy are given an equal opportunity and footing to partake in maritime activities.

She says in 2019 transport ministers from around the Pacific endorsed the Regional Strategy for Pacific Women in Maritime 2020-2024.

Rakuita says this strategy has the overall objective of regional coordination and providing guidance on progressing gender equity and equality in the Pacific maritime sector.

She adds this commitment includes improving equal opportunity and safe working environments onshore and offshore for women working in the sector.