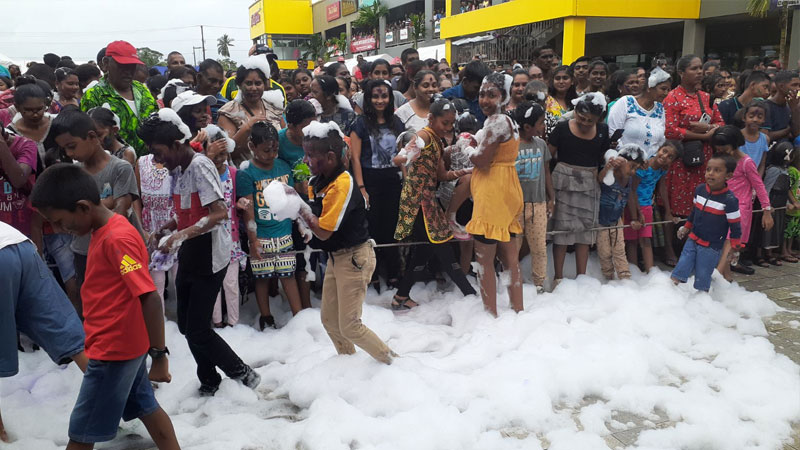 Children played with colours at the Holi festival at the Rang Barse Stage Show at Rups Mega Complex last night.

Senior Content Director Satya Nand says the show was a success as a lot of people showed up and had a lot of fun.

He says people also braved the rain and stayed till the conclusion of the program.

Nand says they always surprise their listeners and have a few things lined up and are looking forward to exciting days ahead.

Traditional drum playing group, JP Tasa Group member, Ronald Prasad says this is the first time they have performed on such a big platform. He says they left Ba at 4am yesterday to he a part of the show.

Prasad says they formed the group about 15 years ago but have been playing drums since they were kids and they learnt from their father and grandfather.

Yuva Dance Crew leader, Shayal Verma says the show this year was much bigger and better than previous shows.

She says people showed up and cheered them despite the rain.

Verma says the dancers also loved the atmosphere that was created by the audience.

Apco Paints and Digicel Fiji were the major sponsors of the show.