There is no strict policy, however if people can take food items to evacuation centres, they can do so - Sayed-Khaiyum

There is no strict policy, however if people can take food items to evacuation centres, they can do so - Sayed-Khaiyum 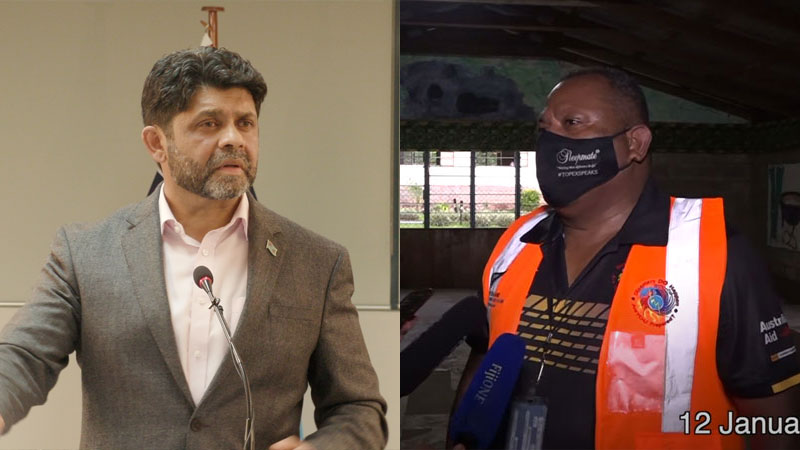 Acting Prime Minister, Aiyaz Sayed-Khaiyum says there is no strict policy however in the event evacuees can take some food items to evacuation centres, they can do so.

He stated this when asked by fijivillage regarding comments made by the Minister for Disaster Management, Inia Seruiratu earlier this week that evacuees should bring with them certain items including food to sustain them initially for at least 48 hours at evacuation centres before assistance by the government and its partner stakeholders arrive.

Sayed-Khaiyum says when sometimes people move to evacuation centres, the government faces difficulties to bring relief supplies when the roads are closed.

While speaking in Wainibuka earlier this week, Seruiratu had stated the Government has its own processes and systems and relief may be delayed for a few hours but the government cares about the well-being of everyone.

The Minister adds they appreciate the training taking place in communities to ensure they can take ownership as it is a fact that the government will not be able to immediately reach all communities.

He says while they will wait for that lull period, it is the communities that take responsibility.

Seruiratu says he is hoping more training can be provided in this regard. He says the life and health of everyone sheltered in evacuation centres is their priority and that is something that they focus on.

He further said the National Disaster Management Office is also not responsible for everything and they have government agencies that carry out programs like cleaning up and organizing resources, and programs that advocate LTDD campaign to combat leptospirosis, typhoid, dengue and diarrhoea.