The battle against the COVID pandemic is about to end, we have proved our critics wrong and I’m in firm control – PM

The battle against the COVID pandemic is about to end, we have proved our critics wrong and I’m in firm control – PM 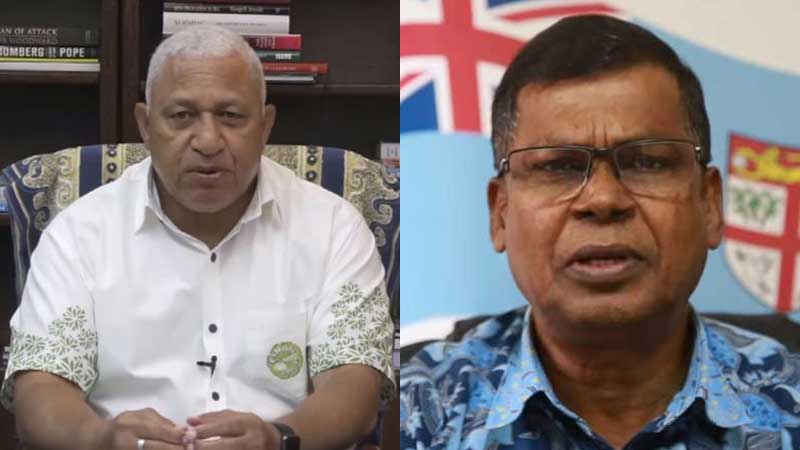 Prime Minister, Voreqe Bainimarama says the battle against the COVID-19 pandemic is about to end in the country, they have proved the critics wrong and he is in firm control.

In a statement titled the Lalakai posted on the Fijian Government social media page, Bainimarama says the end of the battle is very near.

He says he will not stop until he fulfills the call to secure Fiji from any seen or unseen clear and present danger.

Bainimarama has also thanked people for supporting our front liners – for giving them hope, for offering them comfort: a cup of water, a meal, accommodation, transport, shelter from the rain, heat, or storm.

He says our duty of care is rooted in our culture and tradition, and importantly, in our faith.

Bainimarama says nothing beats the golden rule spoken by Jesus in Luke 6:31: "Do unto others as you would have them do unto you".

He also thenked those who refused to be intimidated by anti-vaxxers for receiving the vaccine.

The Prime Minister says you are part of the reason why we are about to secure our victory and consolidate our position as we draw near to November 1st.

Bainimarama has also announced that they have received the donation of a fibreglass boat from Silverwater Fibreglass and it will go to Yaro village in Kia, Macuata which was the first village to be fully vaccinated as part of a competition

Bainimarama says he warmly congratulates the people of Yaro as they have done very well, considering that the vaccine came later to Vanua Levu.

He says one village receiving the prize does not diminish the importance of the contribution to Fiji's vaccination drive by others.

Bainimarama says they have "worked at it with all your heart, as working for the Lord, not for human Masters, since you know that you will receive an inheritance from the Lord as a reward". (Colossians 3:23-24)

Reacting to Bainimarama’s statement, National Federation Party Leader, Professor Biman Prasad says the Prime Minister should talk about issues like how to alleviate poverty that reached almost 30% at the time of the Bainimarama Boom but has now escalated to about 50% due to the economic depression caused by COVID-19.

He has called on the Prime Minister to stop bragging and taking the Lord’s name in vain when they have presided over the single biggest disaster and loss of lives in the country’s 51 years of independence.

Professor Prasad says this is a national leader who brags about himself and claims he will secure every Fijian from clear and present danger.

He says the Prime Minister forgets what he announced at the start of the second wave of the pandemic on 19th April however almost six months later with the virus out of control, 1,150 citizens lost their lives and over 51,200 people have so far been infected.