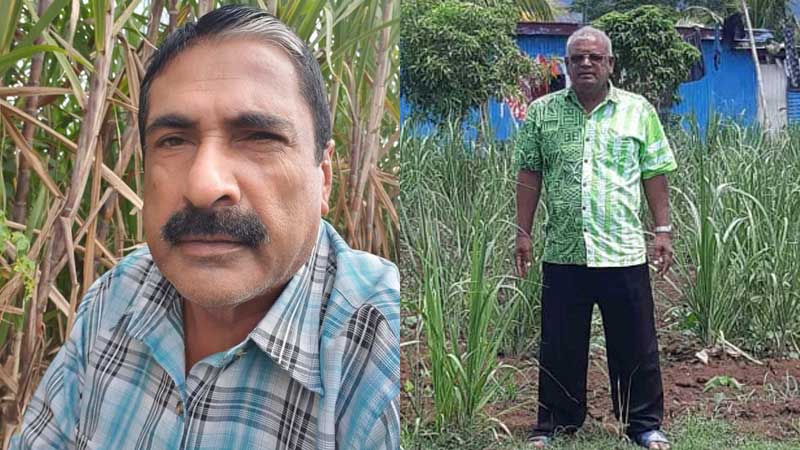 Some cane farmers are still calling for an explanation regarding the deduction for the Growers Micro Bundle Insurance Scheme from the final cane payment for the 2020 crop and the issue concerning $85 guaranteed price for a tonne of cane.

58-year-old Arun Sharma of Moto, Ba who has 17 acres of sugarcane farm says farmers were supposed to pay $1 per week for this scheme which would have been $52 per year and nothing more than that.

Sharma says this insurance scheme is beneficial for the farmers where some have already received the cover however they still need answers why more than $52 was deducted.

Sharma adds the $85 guaranteed price for a tonne of cane should be maintained.

The sugarcane farmer from Ba says he also fails to understand why some growers are calling for Master Award deductions not to be made from the cane payments as they have to pay the dues for fertilizer, weedicide, land rent and other expenses.

Daya Prasad of Tabia, Labasa who is farming for the last 30 years says farmers are no longer benefitting as costs have increased over the years and deductions are not helping.

Prasad says cane cutters demand for weekly payment, kava, cigarettes, chicken, mutton, proper shower facilities and television and farmers do not have that income to afford all these.

Prasad adds the Sugar Cane Growers Council should have met with all farmers before making deductions for the insurance scheme. He adds while they are happy with the $85 guaranteed cane price, they do not want any deductions from this amount.

Another cane farmer, 71-year-old Sushil Chand of Johnson Road, Lautoka says they received $2.90 less for a tonne of cane for the 2020 crop. Chand says they should be getting $85 per tonne without deductions.

Chand also says they were unaware that deductions would be made for the insurance scheme. He says they do not know about this scheme and the Sugar Cane Growers Council should have gone to all the growers and explained to them before deducting the premium.

When contacted, the CEO of the Sugar Cane Growers Council, Vimal Dutt says a press release was circulated by the Council well ahead of the final cane payment which provided detailed information on the Micro Bundled Insurance and the deduction methodology to be adopted in 2021.

He adds it is a comprehensive cover offering a total of $10,000 for each grower.

Dutt further says under this methodology, growers are no longer required to register themselves nor sign any forms as previously practiced and instead, a bona fide benefit being an active cane grower, all growers are covered and have the privilege to enjoy this benefit.

Dutt had earlier said the $600,000 deduction for the Growers Micro Bundle Insurance Scheme is a deduction from the growers total share of proceeds and not from the unit price of around 12,000 growers and that this is the only material methodology for deductions now as there is no alternative solution to it.

He says they will ensure every grower is aware of the product.

Meanwhile, Minister for Economy, Aiyaz Sayed-Khaiyum had said in October last year that the $85 per tonne guaranteed cane price is a gross cane payment and from this amount, there are deductions like lorry transport cost and customs charges.

Sayed-Khaiyum says there are various master award recognized deductions and all these are deducted from the gross payment.

He says the Government is currently paying the cane farmers the difference between the world sugar price and the $85 cane payment and the final payment will have deductions as always done.

Sayed-Khaiyum adds in 2018, the FSC took care of these deductions.