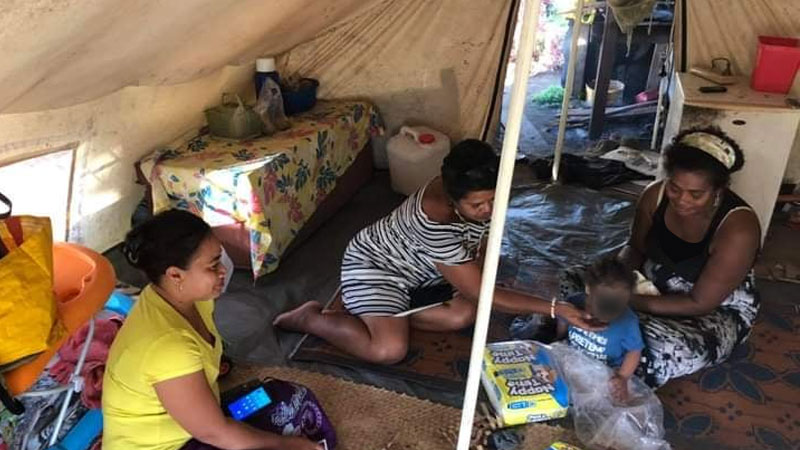 The Social Welfare Department is currently looking at making housing arrangements for a 28-year-old single mother and her 1 year 11 months old disabled son who have been living in a tent in Galoa after Tropical Cyclone Harold.

Fijivillage has raised the question after finding out that the woman and her son have been living in a tent for the last 4 months.

Director of Social Welfare Rupeni Fatiaki has assured us that they are making arrangements with the District Officer to provide the woman and her son with accommodation.

He confirms that the woman is a social welfare recipient but they are now looking into the issue of the woman and her son living in a tent.

Piniana Vukicanatani of Galoa Village in Navua lost her home during the height of TC Harold in April. 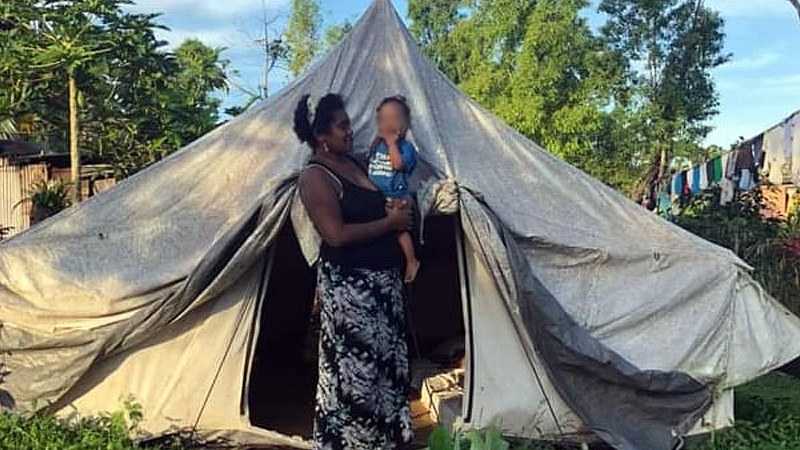 A non-government organisation based in Navua, Make a Difference-Fiji has started an appeal to build a small home for them a week ago and have been able to collect around $1000 but it is far from what they require.

Director Renu Singh says Vukicanatani is not working at the moment and is finding it very difficult to provide for herself and her son as her son cannot walk.

We are awaiting confirmation from the Director of Social Welfare on the provision of accommodation for the woman and her son for now.