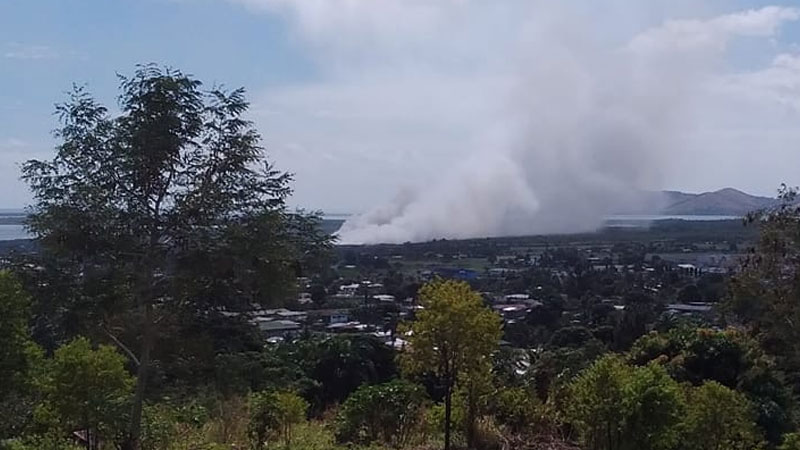 A fire has been raging at the Vunato rubbish dumpsite in Lautoka for the last two days and there are serious health concerns for residents that live near the site because of the smoke.

Residents say there is also smoke through the streets of Lautoka City this morning because of the fire.

One described the smell as unpleasant and toxic.

The Lautoka City Council is yet to officially confirm the cause of the blaze but in the past, there have been concerns about unauthorised burning at the site.

The Vunato dumpsite currently receives waste from the Lautoka and Nadi Municipal Councils, villages and informal settlements around Lautoka and outer island resorts.

In September last year, there were at least five fires at the Vunato Dump and the Lautoka City Council suspected arson on all five cases and reported it to Police.

The Lautoka City Council has already said that in the long term they have plans to have the dump services relocated to an alternative and less risky site, similar to the Naboro Landfill concept site and have Vunato Dump decommissioned.