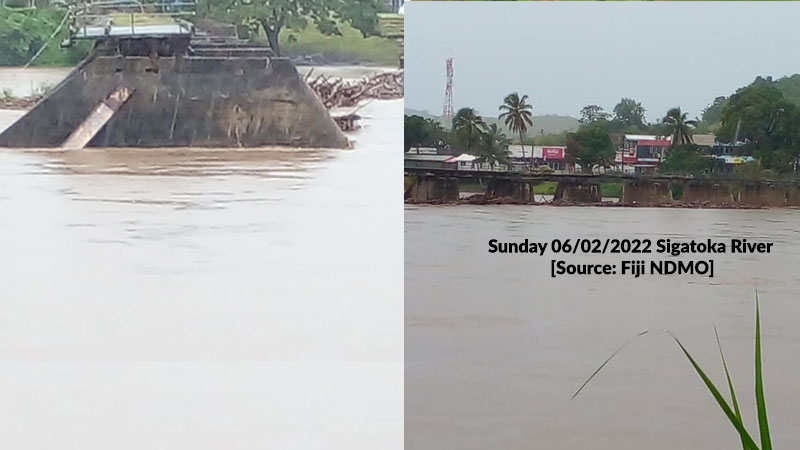 The Sigatoka River level is rising.

The National Disaster Management Office says people living in nearby areas should move to their nearest evacuation centres if the need arises.

The NDMO adds flood waters have started to rise in and around Nadi Town and is calling on people to refrain from making unnecessary movements into flooded areas.

According to Tavua Police Station, Tavua Town is not flooded and water level in front of the Shop ‘n’ Save Supermarket has gone down.

People who were taking shelter in evacuation centres in Ba are moving back to their homes as water levels have gone down.

You can expect more continuous heavy rain in most parts of the country for the next few days and this can cause sudden flooding.

According to the Nadi Weather Office, the rain is being brought by a trough of low pressure which remains slow moving over Fiji and another trough lies slow moving to the northwest of the country and is gradually drifting towards the group.

This means we will continue to experience heavy rain.

A flash flood alert remains in force for low lying and flash flood prone areas for the rest of Viti Levu.

A heavy rain warning is still in force for the northern division, northern and western half of Viti Levu, interior of Viti Levu, Yasawa and Mamanuca Group.

A heavy rain alert is also in force for the eastern interior of Viti Levu, southern and eastern parts of Viti Levu, Lomaiviti Group and Kadavu.

Police say you can also reach out to them if you need assistance. Please do not leave things to the last minute and move to a safe area if you know your home can be affected by sudden flooding.

The marginalized, at risk and poor in the community will now be able to get much needed support through the opening of DHIVE Community Centre in Marti... 34 minutes ago
LATEST NEWS